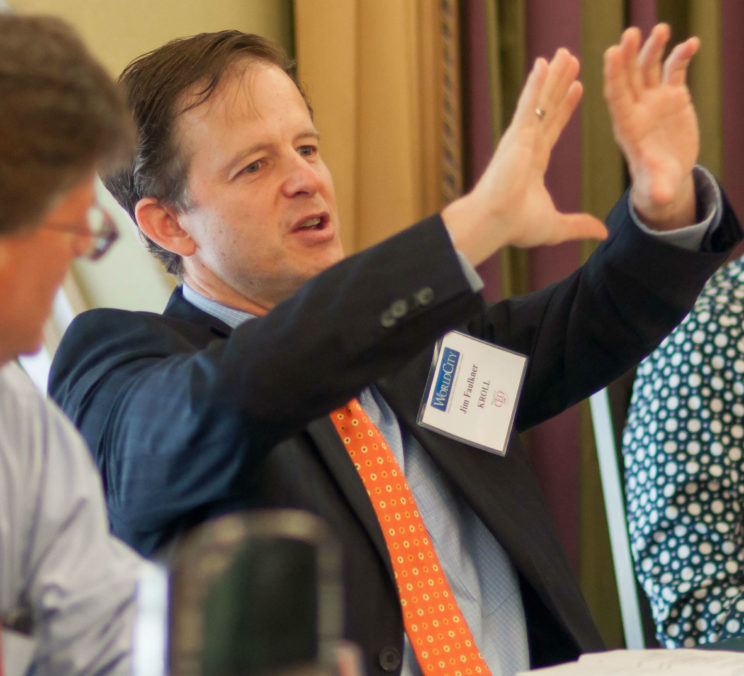 It’s a problem companies endure across the world, from New York to São Paulo – corruption, bribery, theft and fraud. The biggest, baddest non-governmental cop on that beat might be Kroll, the well-known risk mitigation firm.

To Jim Faulkner, managing director with Kroll’s Investigations and Disputes Group and head of the firm’s Miami office, understanding Kroll means grasping a bit of its detective agency lineage. 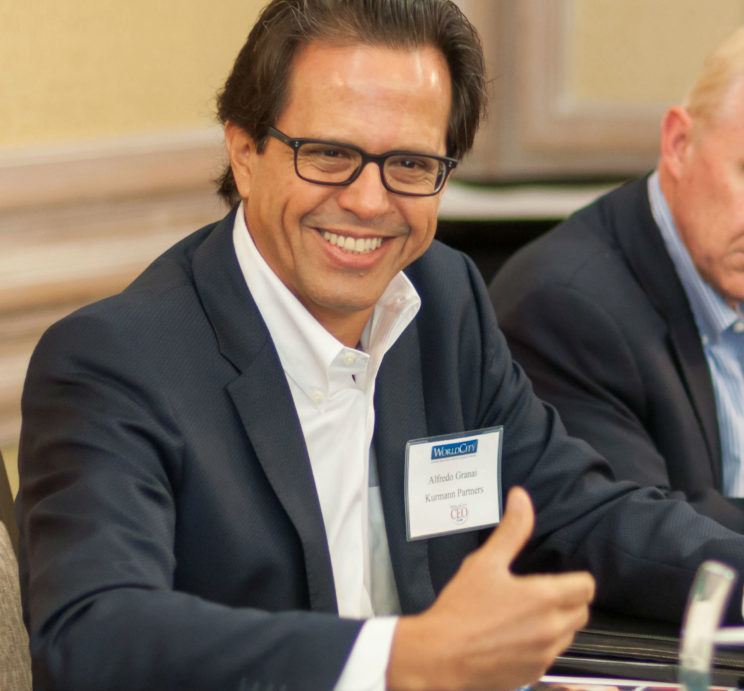 “For me, we are a global investigator firm,” said Faulkner, who sketched a fraud-preventing blueprint at the WorldCity CEO Club meeting held April 1 at the Hyatt Regency Coral Gables. He also gave the audience a glimpse into the firm’s oft-times hair-raising case files and methods.

“We always pride ourselves not just on recruiting former detectives, but also former investigative journalists, forensic accountants, former intelligence operatives, and we always try to have a diverse investigative team,” he told the assembled executives. “Jules Kroll always said if you didn’t have at least one woman on the investigative team, your chances of getting at the truth go drastically down.”

Kroll was founded in 1972 by Jules B. Kroll to help companies combat shakedowns and kickbacks and quickly became the world’s premier detective agency. Its modern-day operatives follow the money and also uncover the employee raiding the company till; identify the briber (or the bribed); and advise firms on how to head off trouble before it begins.

“Our mission is not to dig up dirt, but to find out the truth and give our clients the true facts, so they can make the decisions they need to make,” Faulkner said.

Faulkner’s own law enforcement background is impressive. Before joining Kroll, he had a distinguished career with the U.S. Justice Department, including long stints in Colombia. Earlier he was a prosecutor at the Miami-Dade County  Attorney’s Office.

The importance of “due diligence” 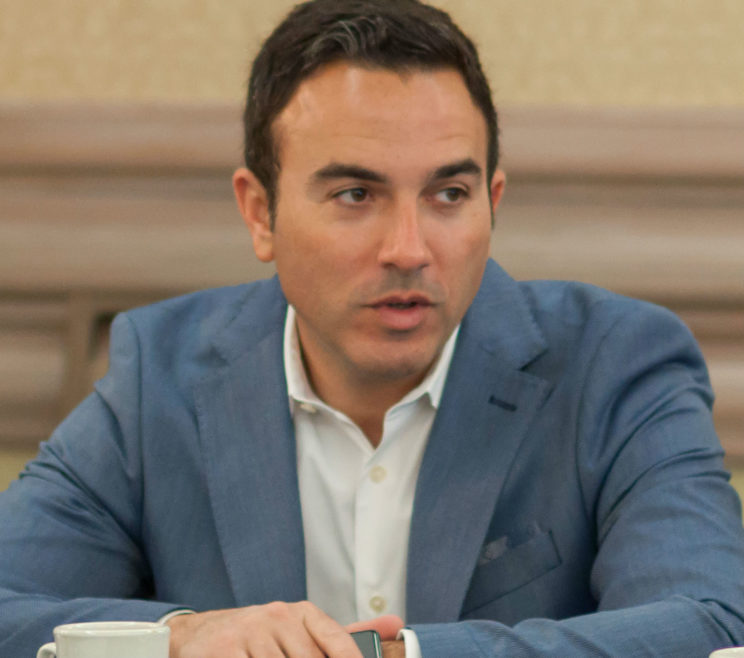 A large share of Kroll’s practice involves due diligence, Faulkner said, which can include everything from exhaustive employee background checks to digging into a company’s contracts.

Some case files bring on shivers, including detective work on the 1982 death of Italian banker Roberto Calvi. Kroll investigators found evidence of foul play in his demise, first ruled a suicide after Calvi was found hanged off a London bridge.

The job also involves a fair degree of asset recovery, said Faulkner, who mentioned recovering $2.7 billion for a top cellphone maker. “Most of our cases you never hear about, because they are confidential,” he said.

Know where information is and who can access it

Faulkner relayed other intriguing cases. One involved a large company whose treasurer became concerned when subsidiaries complained of being pushed toward a particular vendor. Despite high-level attempts to derail the investigation, the company’s board felt obliged to see it through. Kroll discovered secret ownership in the favored vendor by a top executive. “Guess where we found the smoking gun? We found it on his laptop,” Faulkner said, though the culprit had tried to delete the information. The lesson of that story: Be aware of where information resides and who can access it. 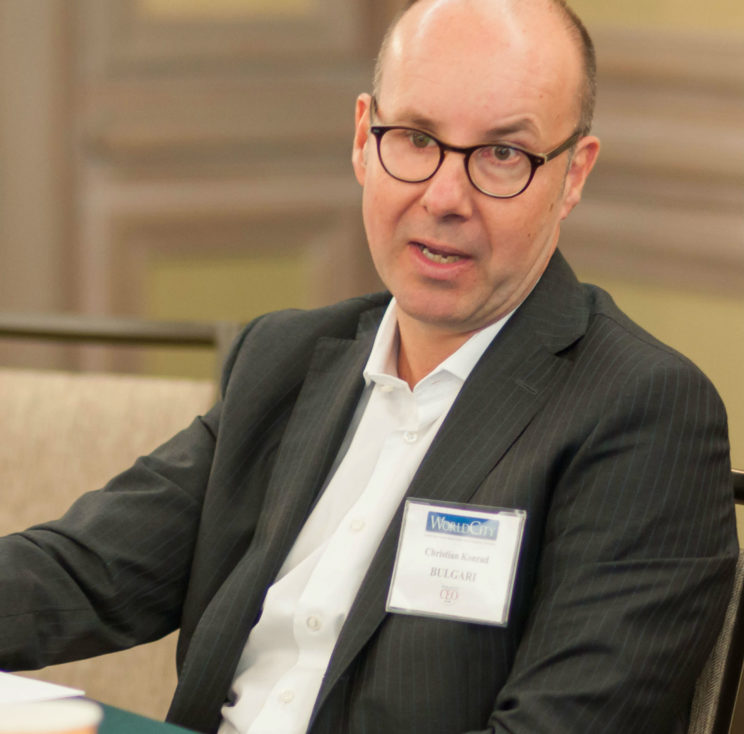 “How many of you have a policy that allows you to image laptops?” he asked, advising people to check their guidelines regarding information on PCs and other devices. “A lot of our clients don’t have that, and it really hampers in the investigation,” he said.

“What about personal devices that company information goes through?” asked Steven Bartley, Principal at Americas Gateway, a search and recruiting firm.

Attendees had a variety of responses; several said policy dictates a complete separation between personal and work devices.

“What companies are doing with information is moving everything to the Cloud,” said Marcos Jiménez, president of Softtek, the world-wide IT and business solutions firm.

Faulkner was asked about technological sleuthing. While Kroll uses top notch IT cyber teams and data analytics extensively, tech isn’t always the answer. In one case, he said, someone came under suspicion when an email surfaced relating the man’s dream that he’d gone to Leavenworth, the federal penitentiary in Kansas. 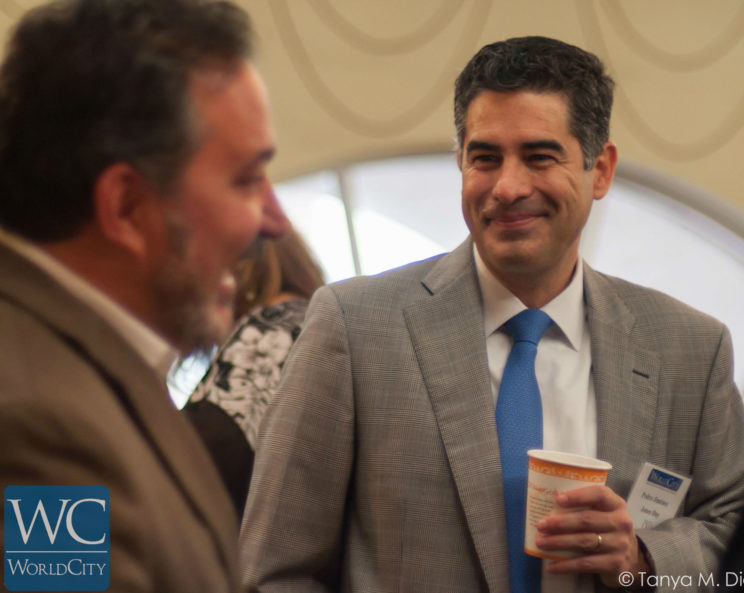 Faulkner said the old-fashioned wall chart was part of another investigation into credit-card fraud perpetrated by unknown employees within the 3,000-strong workforce of a Latin American company. The company had already done background checks. But Kroll dug down a layer and discovered that some 30 employees had criminal records, including for armed robbery and second degree murder. “There was an actual federal fugitive in management,” he said.

Not coincidently, about 70 percent of those behind the fraud were in the group with prior criminal histories.

Faulkner next asked his audience how many queried for arrests and convictions on employment forms. Most did, but that lead to another concern.

“How do you manage that across different countries, and what is permitted country by country?” asked Daniel Molina, managing director, strategic Latin American Markets at Kaspersky Lab, a security software technology firm.

Lawyers will give the most cautious approach, Faulkner replied, adding that a balance is needed to avoid fraud. Several executives said that lying on a company application, for whatever reason, was spelled out on the form itself as possible grounds for dismissal.

Compliance starts at the top

The discussion also covered a breadth of other topics, including how to vet paid lobbyists, a key part of doing business in many countries, and the intricacies of complying with the U.S. Foreign Corrupt Practices Act. 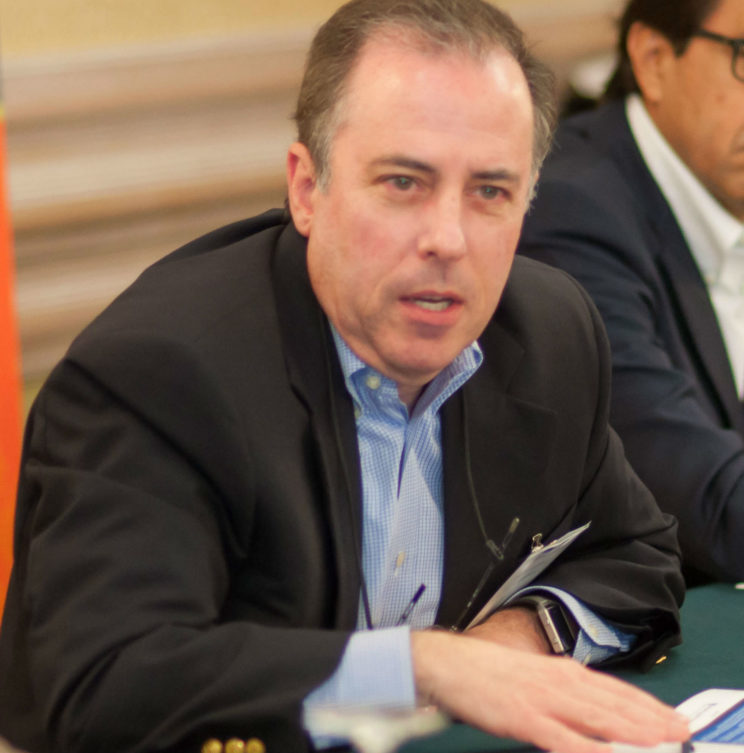 Finally, Faulkner said, it is crucial to have in place a robust and workable reporting process. He said that in the credit card fraud case, it emerged that employees had tried to call a hot line – but felt uncomfortable when it connected to an offshore call center. And, he said, good fraud prevention and detection stem from executive leadership.

“It has to come from the top, not just from the compliance officer.”

CEO Club is one of four event series put on by WorldCity to bring together executives in greater Miami on international business topics. The CEO series is sponsored by the University of Miami School of Business Administration, Berkowitz Pollack Brant and The Conroy Martinez Group.

The next CEO Club is scheduled for May 6.