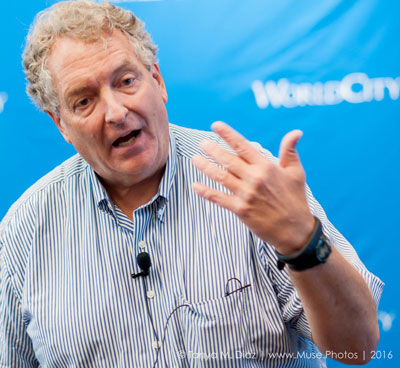 Don’t be offended if Dave Ulrich compares you and your company to elephants grazing grass on the savannah. He doesn’t think HR professionals are like pachyderms. It’s that he believes those in human resources are in a key position to seed their companies with the ideas and procedures that will sustain them in the future.

“That’s my passion,” he said. “I want to plant the grass the elephants will eat next year.”

Ulrich is a professor at the Ross School of Business at the University of Michigan as well as a partner at global consulting firm RBL Group. He is ranked as the #1 management guru by BusinessWeek magazine, having performed workshops for more than half of the Fortune 200.

Ulrich was a keynote speaker at WorldCity’s  4th Annual HR Americas Conference, held Sept. 22-23, 2016, in Coral Gables. Over the course of three hours, he made the case that HR professionals are uniquely trained and positioned to help their organizations navigate the coming changes.

“HR is not about HR. HR is about business, what the business needs,” he said.

Ulrich has authored and co-authored numerous books including “The Why of Work,” “HR from the Outside In,” and coming next year, “Victory Through Organization: Why the War for Talent is Failing Your Company and What You Can Do about It.” He kept the audience laughing – while telling revealing stories about legendary businesses and leaders  such as Jack Welch, Sam Walton, and Harley-Davidson and even pulled in St. Francis and C.S. Lewis, among others.

Still, it was all in the service of getting across his serious messages.

Businesses are facing four main forces of change, Ulrich said: technological, social and economic upheavals; volatility and uncertainty; increased expectations by shareholders; and a growing tendency in society toward individualization and isolation, which might lead to indifference. 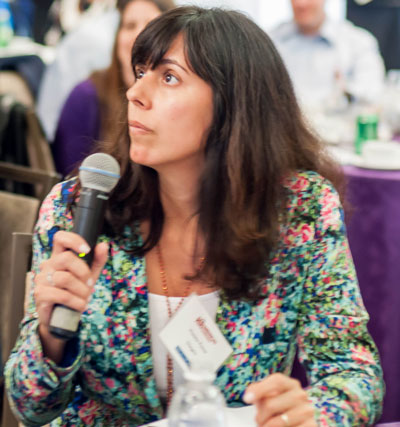 “I see a trend toward forces that move us away from each other,” Ulrich said. “You can get a college degree sitting in your mother’s and father’s basement.” Ulrich believes we need to come back to organizations in a face-to-face manner, along side of using technology.

With those forces in mind, HR professionals need to realize that creating value for others – especially the customers – is the key part of their role. In turn, that rests on the company’s leadership, which is the heart of a company’s culture. “Leadership is what you did to help someone else get better,” Ulrich said.

Weaving together those ideas, Ulrich gave the audience a primer on how HR can impact leadership and culture.

“We need to create HR that delivers value to the organization,” he said. To illustrate, Ulrich said, Walmart decided to increase hourly pay for full-time employees above $13 after an analysis showed stores with the happiest workers had higher sales. Spurring higher sales more than offset the cost of raises. “We think there is less risk in people,” he said. “HR is about helping the business win. If you are not studying that, you won’t get the management’s attention.”

HR has already moved far beyond the traditional focus of acquiring talent and managing employee relations. Now, it also can look toward serving those outside the firm: customers, investors and the community, Ulrich said. 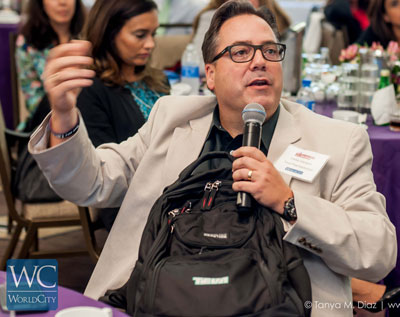 Why does that matter? He offered a banking example: If a customer has just one account, their chance of changing banks is about 40 percent. But with multiple accounts – think mortgage, savings and checking, then customers instead stay with their bank 99 percent of the time.

“How many of you could say, “These are the most critical, valuable customers?” for the organization,” he asked.

Amazon accounts for such a large portion of online retail sales, Ulrich said, because it gives customers what they want: good prices, almost limitless choices, quick shipping. “Involve customers in strategy – invite customers to co-create your strategy. You don’t do everything the customer says, but you listen.”

Ulrich brought up a 2015 New York Times magazine article about the tough Amazon workplace culture that ruthlessly winnows out those who don’t contribute to its mission. He  said that many readers missed a key point: “It wants a culture that reflects the promises it makes to its customers. Its internal culture reflects its external promises.”

Another example: Iconic motorcycle maker Harley-Davidson requires its corporate staff to spend two weeks every summer at a genuine road rally. That includes the HR staff. Attendees come back knowing what customers want.

And back to Walmart: Sam Walton, Ulrich said, went to a store 365 days a year: only half his visits were to Walmarts.

“Are we involving customers in HR strategy?,” Ulrich asked the audience. “How many have involved them in training?”

Ulrich took the audience into the public company’s changing nature, where private equity now plays a greater role. Such investors typically want to shore things up, then sell the company for a profit – which means HR needs to understand how leadership and culture create value.

Ulrich said that HR can be a key force in fostering a culture where the focus remains on the customer. One avenue is making sure leadership, often consumed with strategy, connects with other employees – especially those who best know and interact most with customers. “We in HR can be the real architects of a process to help us do that,” Ulrich said. “Go to the executives. Invite them to come to training programs.” 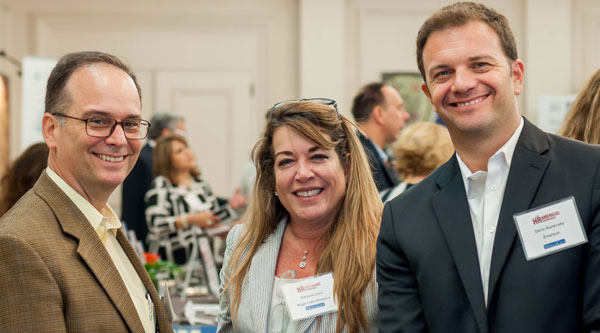 Ask leadership – and top customers – if they might know someone in their own networks who might be a good fit for the company, he added. “Engage them in the process.”

What, he asked, does HR bring? Answers centered around talent and employee engagement, but Ulrich challenged people to think expansively. “Talent matters, but culture matters more,” he said. Leaders shape the culture, and HR can help leaders become more aware of that process – encouraging executives, for example, to look at their calendars and figure out how much time in the last year they’ve spent with customers. “Culture matters, culture drives performance.”

And, when putting together teams, think about recruiting those just under top management – they represent the future culture of the company.

“Culture is the ability to shift from an event to a pattern and ultimately, to an identity,” he said. “Everything I’m trying to teach today is outside-in. Culture is not the roots of the tree but the leaves going to grow the future.”

HR Connections is one of four event series organized by WorldCity to bring together executives in the greater Miami area on international business topics.

The next HR Connections event is set for Oct. 28.