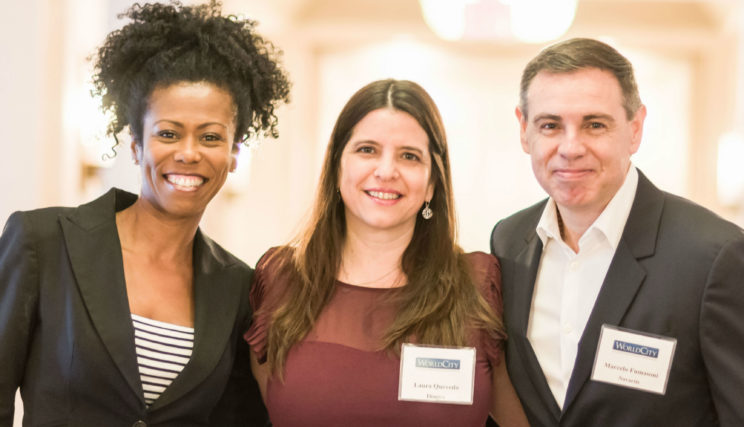 The coach was speaking at a retreat in the mountains of Chile, working with top executives on ways to bring a greater sense of purpose to their lives and to their jobs.

Novartis Pharmaceuticals had organized the event for leaders from Latin America as part of an effort to build a corporate culture more broadly based on teamwork and innovation, not narrowly on sales and profits. 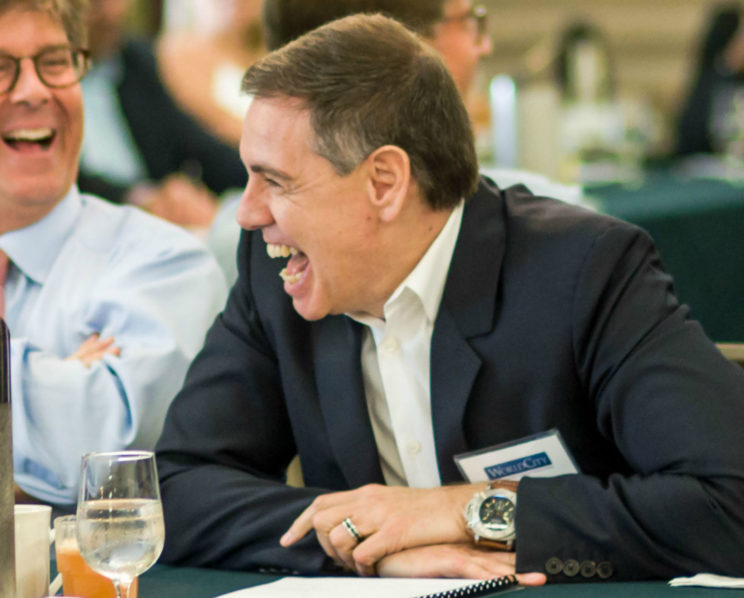 “If you have a company that wants to win for patients […] and you want to be an example for your kids, you start to connect the dots,” said Marcelo

Fumasoni, vice president and head of human resources for the Latin America and Canada region at Novartis. “You start to connect your mind and heart.”

“And if you feel you have superior connectivity, then you can create amazing things,” said Fumasoni.

The obituary example came toward the end of Fumasoni’s talk on how Novartis is changing its corporate culture, aiming “to become the best pharmaceutical company, not the biggest.” He shared his experience with more than 30 people at WorldCity’s HR Connections roundtable held March 11, 2016.

Setting new values and linking raises, bonuses to them

Fumasoni said the cultural change began about three years ago, when Novartis shed three of its six divisions  to focus only in those areas where it was a global leader. Top executives saw the opportunity for the leaner company to re-frame its culture “to become much more innovative.” 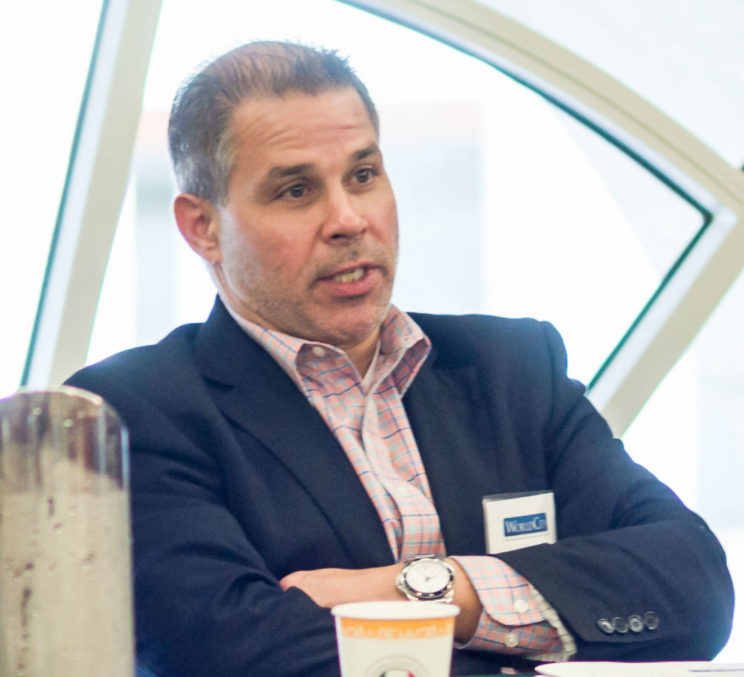 Novartis spent about a year in task forces and focus groups, looking at its existing culture and those elements worth strengthening and also, reviewing best practices in other global companies. It worked with consulting firm Human Synergistics, employing its Organizational Culture Inventory tool. That tool uses three main colors for measurement: red for aggressive/defensive; green for passive/defensive and blue for constructive behaviors, Fumasoni said.

The review found that Novartis’ top management was too red: too competitive and perfectionist, and some middle management was too green: too conventional and not bold enough. It also found company units too often competed for resources in a red behavior that fostered “silos” at work, not teamwork.

“The ideal company is mostly blue [for constructive], with a little green and a little red,” said Fumasoni. Work since then has focused on shifting the corporate culture to become more collaborative.

How do you ensure the leaders model constructive behavior, and how do you measure shifts in the organization?, asked Sonia Bento, senior talent manager for AIG Latin America.

“It’s like moving a tanker in the middle of the Atlantic Ocean, and you really need to move the wheel a lot,” Fumasoni conceded.

Novartis spent time developing a new set of core values and behaviors, and it made them part of each employee’s annual review that determines pay raises and bonuses. The new core values are innovation, quality, collaboration, performance, integrity and courage.

Fostering courage at the workplace 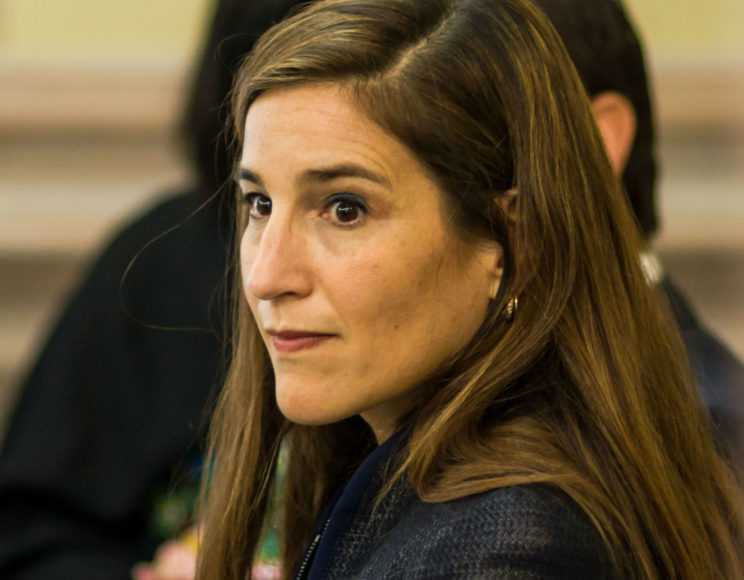 “Putting courage as a value was a little uncomfortable for us, but we wanted to promote the “ability-to-speak-up” mentality,” said Fumasoni. In the past, employees too often had played it safe and did not offer new ideas that might disrupt the status quo or division of resources.

“How’s it working out?, ” asked Martin Fischetti, chief HR officer of the Cisneros Group of Companies.

“It’s a journey,” Fumasoni said. “We are becoming less red. We’re becoming more blue. But we’re not there yet.”

Build high-performance teams, and “the numbers will come”

What levers are you using to integrate those changes in behavior at the company?, asked Sara Baker, senior HR partner for the Americas at Citrix.

Novartis has been building new capabilities to promote the shift, Fumasoni said. It created “Change Advocates” and “Business Champions” groups 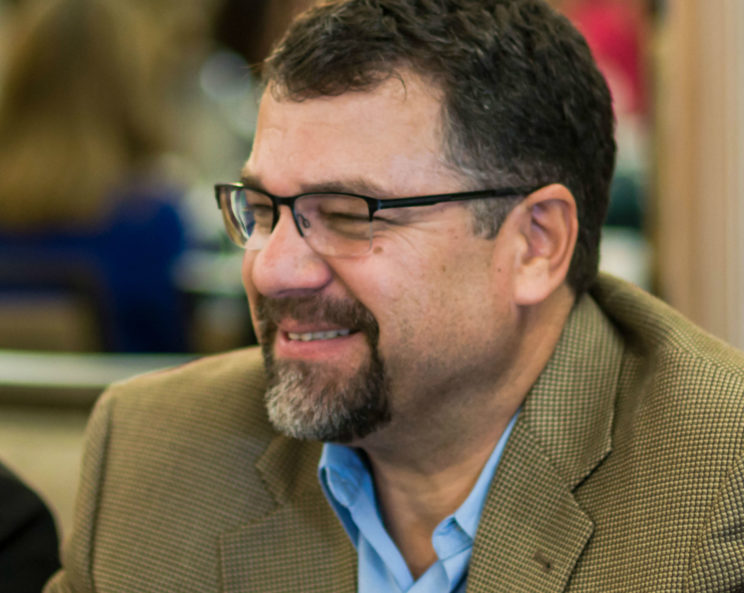 made up by employees throughout the organization. Those groups share insights about the change process. The company also has brought in trainers to teach teamwork and other skills, and it has obtained new certifications for those skills when needed.

Novartis now prioritizes high-performance teams that can “connect purpose and practice,” said Fumasoni. It’s no longer enough for an employee to meet their sales goals or other numbers, if they’re not working collaboratively or with integrity, he said. The leadership emphasizes that by working well in diverse teams, then innovation and results will follow, “the numbers will come.”

“At the beginning, people were very skeptical,” Fumasoni said. But now that employees are seeing that they’re measured on teamwork, that business meetings require conversation on how “We” and “I” will reach goals, they see there’s a serious push to “connect with a purpose – to connect mind and heart.”

Who determines whether someone is red, green or blue?, asked Nienke Haarmans, human resources manager at NBC Universal in Miami. 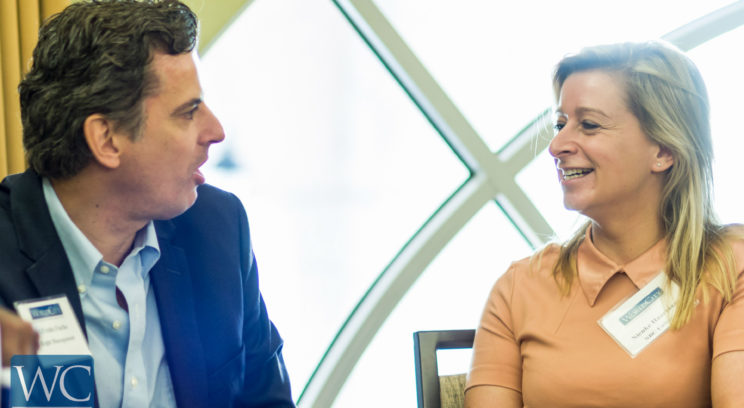 That depends on the audience. A manager may be reviewed differently by their supervisor or by a worker in their department. Those different viewpoints are considered in evaluations, said Fumasoni.

Many of the blue attributes seem linked to the traditional way we see feminine energy, and they have elements that come more naturally for female leaders, said Ariel Regatky, head of talent management for Citigroup’s Latin American division.

Teams with diversity in gender, skills and other areas can produce the best innovation, Fumasoni said.

Still, one downside of collaboration can be a lack of speed in decision-making. How do you deal with that?, asked Laura Quevedo, HR director for Latin America and the Caribbean for Diageo.

Novartis emphasizes the need for accountability by team members and the entire team, Fumasoni said.

“The role of the leader is to foster collaboration and also enable execution,” added Quevedo.

Is there a defined timeline for the change?, asked Marilia Maya, vice president of human resources for the Americas and the European Union at Western Union.

Novartis has no strict deadline, Fumasoni said. It’s working to strengthen the framework to facilitate the change, with solid backing from top management. “You really need to have strong business support.”

The next HR Connections is set for May 13.