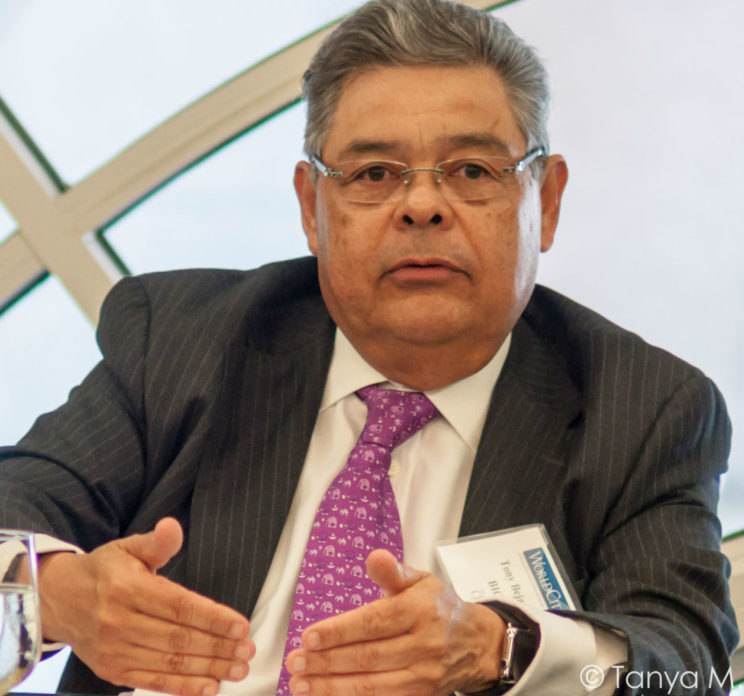 Growing instability in Brazil. A drop in oil prices. Reduced demand for commodities from China: Calculating credit risk in Latin America means analyzing these kinds of shifts along with other economic and financial data.

“What we need to do from a risk point of view is diversify,” Bejarano told fellow executives, pointing to opportunities in Mexico now and possibly in Argentina later.

Concerns about Brazil, hope for Argentina

Few other businesses have the bird’s eye view that a bank needs to analyze risk, according to Bejarano.

BICSA, headquartered in Panama, has made about $290 million in loans from its Miami office, which also serves South America and Central America. Of that, 16 percent goes to U.S.-based clients; about 12 percent goes to Panama; and no  other country – including regional heavyweight Brazil – accounts for more than about 10 percent, he said.

The last year has been challenging, as commodity prices fell and many South American countries devalued their currencies. “With Brazil, the country risk and the industry risk came at the same time,” he said, noting banks also must meet stringent regulatory requirements, which includes vetting their customers.

Participants shared predictions for Latin America, keeping a close eye on Brazil as former President Luiz Inacio Lula da Silva faces questioning in connection with an alleged bribery scandal. Many are buoyed by Argentina and reforms by new President Mauricio Macri that include a proposal to settle a roughly $4.7 billion debt dispute. 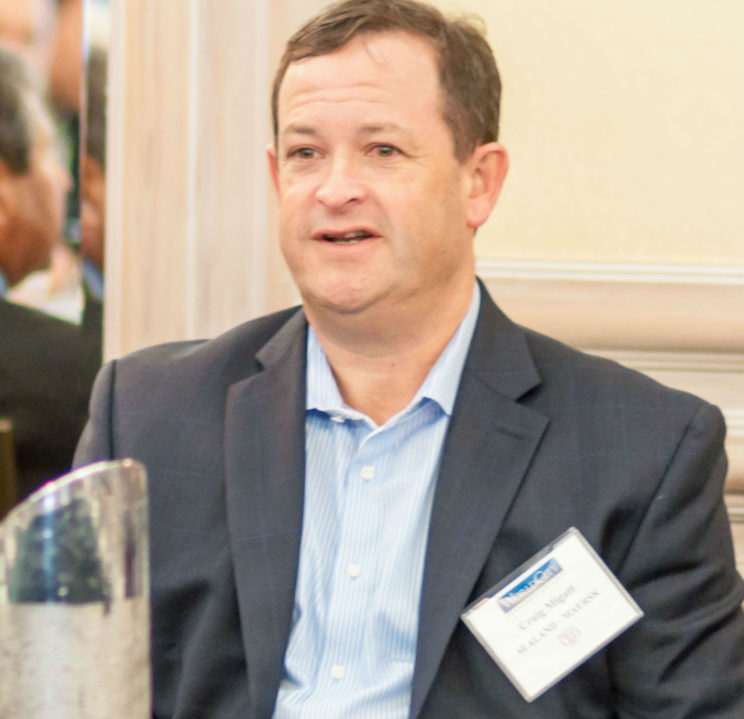 Last year, Argentines accounted for about 40 percent of the purchases made with Visa cards by Latin American visitors to the Miami area. The share for Brazilian shoppers fell into single digits, said Eduardo Coello, group country manager for the Latin America and Caribbean region at Visa International.

Still, it is early days for reforms in Argentina, cautioned Rene Riedi, COO Latin America and Caribbean for Dufry America Inc. Argentina’s peso could struggle short-term, Riedi said, but “long-term, it’s going to get better. You can’t change from one day to another.”

Argentina’s currency has lost about a quarter of its value against the U.S. dollar since its new government in December lifted currency controls seeking to lure offshore investment. The question is how long Argentines will put up with that short-term pain from devaluation. “If the consumers don’t believe in the policies,” said Riedi,”it’s going to get worse,”

Sweet spot in Mexico and its auto manufacturing 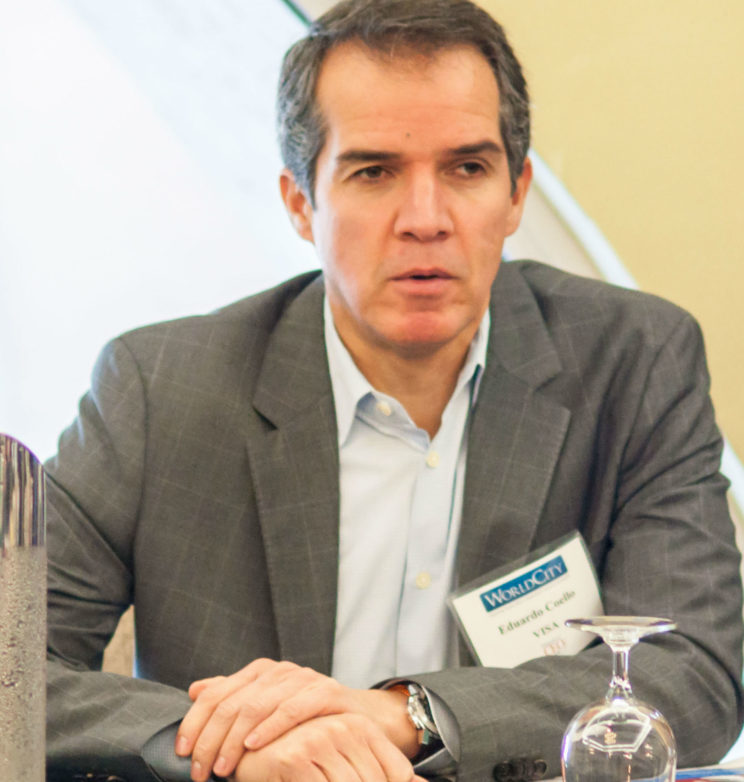 BICSA has found a sweet spot in recent months in Mexico, Bejarano said. The Aztec nation has been strengthening its economy in part by manufacturing autos and auto parts, many destined for sale in the United States.

“The most difficult part of any company’s risk management is how you balance to avoid surprises. For that balance, you have to do a lot of homework,” said Bejarano.

Still, there is always the unexpected. Consider the roller-coaster last year of the U.S. Congress first mothballing the U.S. Export-Import Bank and then, reviving it. BICSA felt the impact, because it relies on trade for much of its business.

What are the chief concerns for 2016?  WorldCity CEO Ken Roberts asked the top executives.

M&A opportunities in Brazil this year?

Latin America also is feeling the impact of changing technologies. 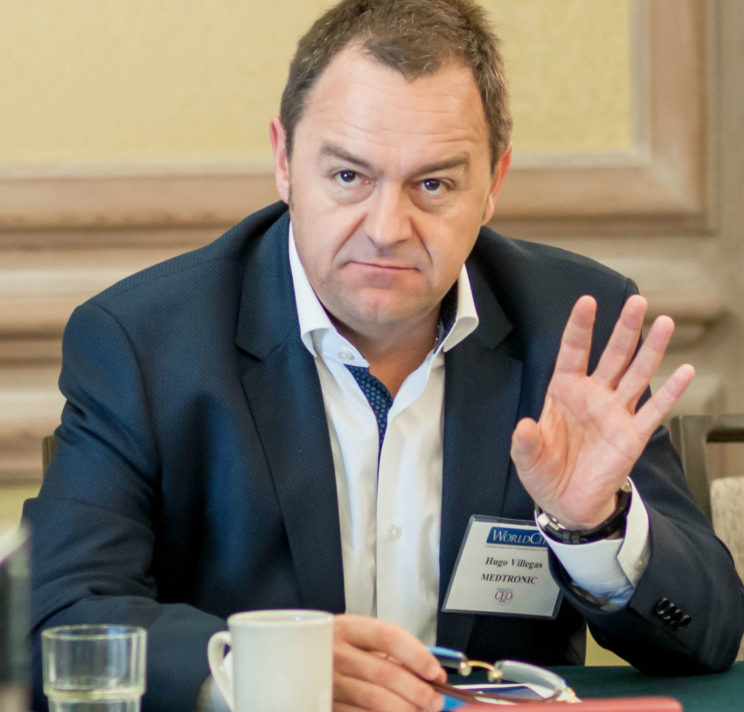 Overall, the value of tech sales in Latin America likely will dip this year before growing again next year, Villate said.

Devaluation may offer opportunities for mergers and acquisitions in Brazil, although companies “may have a distressed label,” said Pedro Jimenez, partner in charge at Jones Day law firm in Miami.

Still, devaluation is taking a toll in dollar terms on luxury retailers who sell in local currencies in the region, said Christian Konrad, managing director for Latin America, Caribbean and travel retail for Bulgari. 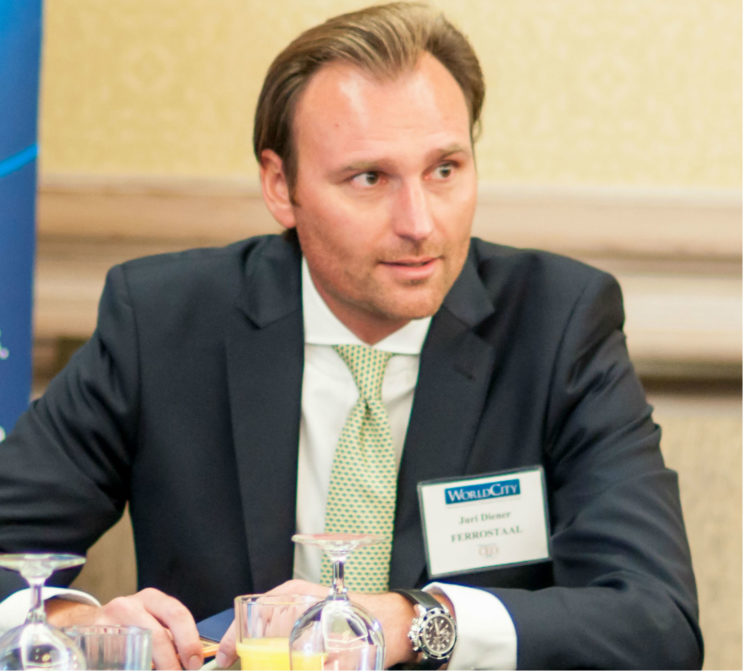 “Retail is growing double digits in Brazil and declining double digits in Miami,” Konrad said, noting that luxury brands have not been able to increase their prices enough to offset the exchange rate upending. “Mexico is exactly the same,” with sales rising by double-digits but still lower in dollars than they would be in the United States, said Konrad.

Colombia also came in for discussion, with executives speculating how the soon-to-be signed agreement between the government and FARC guerilla might play out. Some thought Colombia might shift to fighting corruption more.

“The economy in Colombia has always been decoupled from politics,” remarked IDC’s Villate.

There might be some short-term increase in organized crime, said James Faulkner, managing director and head of the Miami office at Kroll, “but in the long-term, things will get better.”

CEO Club is one of four event series organized by WorldCity to bring together executives in greater Miami on international business topics. The CEO series is sponsored by the University of Miami School of Business Administration, Berkowitz Pollack Brant and The Conroy Martinez Group.

The next CEO Club is scheduled for April 1.