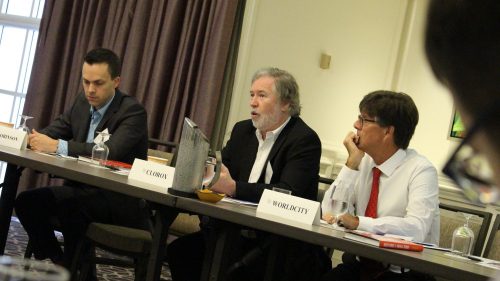 How many of these brands did you know are owned by Clorox?

It’s that kind of brand strength that has helped The Clorox Company post four percent growth over the past four years, but as Clorox’s Senior Vice President for the International Division Michael Costello told the CEO Club, his company’s strategies have played a big part in that as well.

In many instances, more spending, not less, led to increased profits. A focus on the top line impacted the bottom line in a positive way.

Costello noted this company-wide initiative in 2010 after the fallout from the world economic crisis in 2008, a strategy that, in part, focused on driving return on investment in marketing. That meant investing into digital marketing. 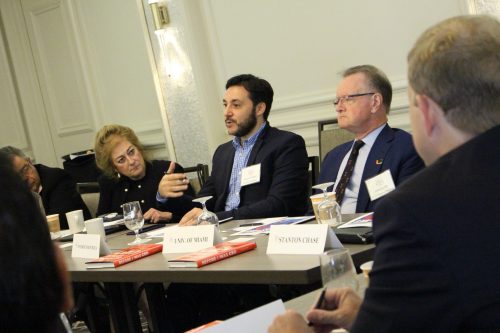 “That was my question. There are companies like Proctor and Gamble that say they want to stop their digital marketing efforts for a while to see if it works or not,” said Ismael El-Qudsi, CEO at Internet Republica and SocialPubli.com.

“We improved our ROI double-digits for the last four years,” Costello answered. “Almost every category, we see digital has a higher ROI than (traditional media).” 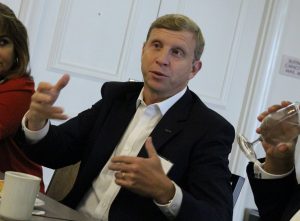 “Those brands have a purpose. They have a back story and a purpose. The bigger worry for all of us is that purpose-driven brands can create that disruption,” Costello said. “With digital, a lot of these brands can talk to consumers in a way that before was not possible to tell their story  that they find useful and important to them.”

That means the larger companies must adapt to this…or else. If you’re not connecting to your consumers in a way that they view the value is there, Costello said, then you’re making yourself vulnerable to disruptors.

How Do You Inject a Sense of Purpose into the Employees? 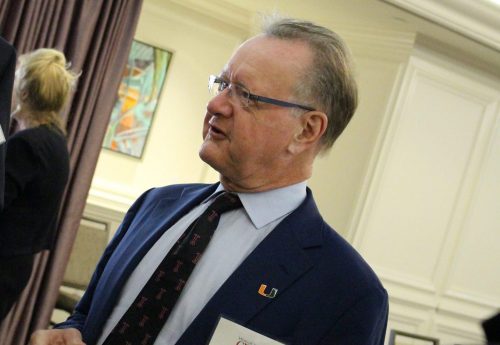 John Quelch, Dean of the School of Business Administration at the University of Miami

This was the question from the University of Miami’s Dean of the School of Business Administration, John Quelch.

“I strongly believe that,” said Costello. “All of our brands have a purpose. As a company, we’re very in touch with that.”

Costello offered one example that will hit home with those living in South Florida and parts of Latin America.

“Whenever a disaster happens in the world, we’re one of the first calls the Red Cross makes,” Costello said. “We donate products around the globe, even in places where we don’t have operations. In Puerto Rico, Costa Rica and Mexico, in Harvey and Irma, we’re shipping container loads of bleach in.”

Costello said that is because, as a company, this is how it views its purpose.

C.H. Robinson Worldwide General Manager Jim Mancini wondered how Clorox incorporated innovation into a company-wide effort to strike the balance between gross versus net and spending versus profits.

“Our innovation was focused primarily on price innovation,” said Costello. “What I mean by that is, ‘How do I get the consumer a higher benefit so I can take a higher profit?’.”

One example: The Clorox Company used new plastics technology to make Glad trash bags cheaper but the material was stronger than the old trash bags. The consumer doesn’t know it actually cost less to make the new trash bags, but because there was a benefit of a stronger trash bag, a higher price point was acceptable.

Thanks to our CEO Club sponsors: