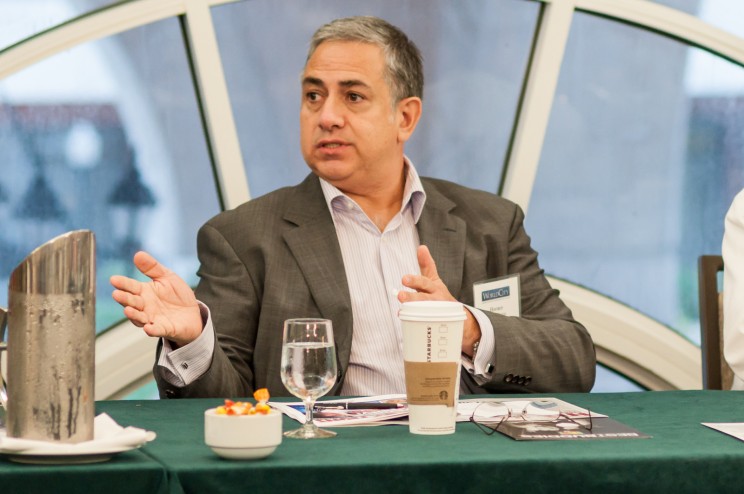 There’s more to hiring people with intellectual disabilities than an act of social responsibility. Those employees often become stellar workers and office assets.

That was the message from Horace Porrás, vice president of Human Resources for American Tower Corporation Latin America, at WorldCity’s HR Connections held Jan. 22, 2016, at the Hyatt Regency Coral Gables. 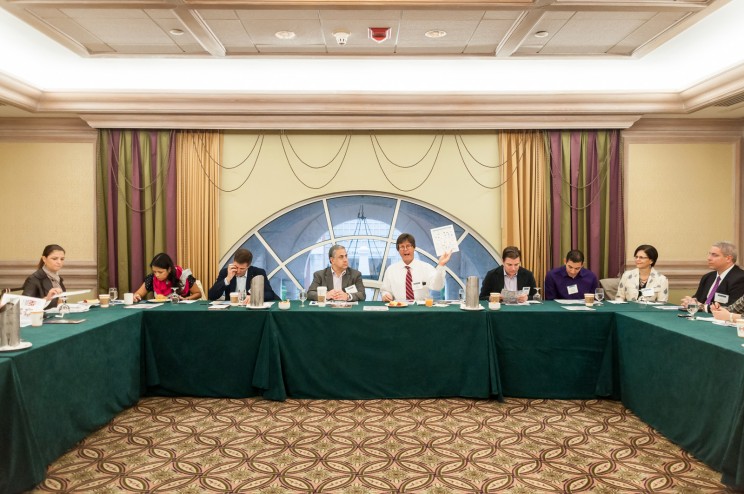 The key is to evaluate workplace openings that might be right for intellectually disabled workers, he said. Some office functions can be a perfect fit.

“First, we need to identify a good reason — real job needs,” Porrás said. For example, the employee in Mexico scans, ﬁles and enters data; the Brazilian, who has Down syndrome, works with software. “He is precise, committed and dedicated.”

Best Buddies began more than 20 years ago to help end the isolation of people with developmental disabilities. It now has 1,972 chapters in 54 countries, including every state in the United States. The group helps people to find jobs and supports them in in the workplace. It’s placed 600 individuals in five Latin America countries so far, Dessauer said.

Porras had taken an interest in the issue in the 1990s when he noticed new laws were offering more workplace access for the physically disabled but not those with developmental challenges. He advocated for broader inclusion at several multinationals and more recently, reached out to Best Buddies when he moved to Miami. 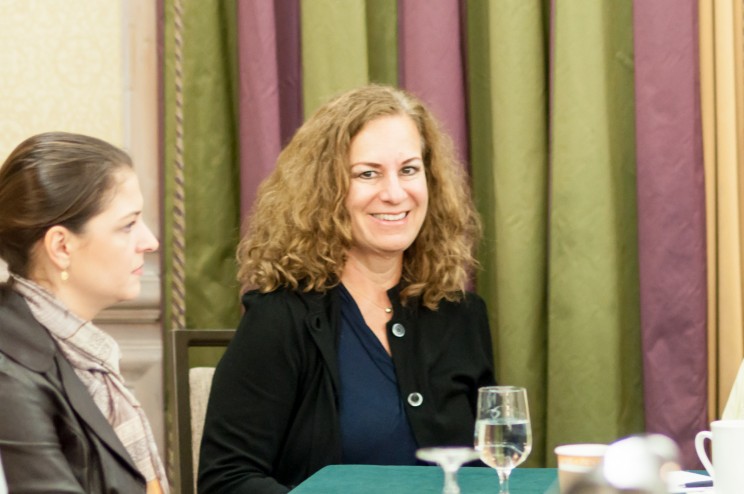 Integrating developmentally-disabled employees into the workplace

Attendees wanted to know how workers with intellectual disabilities fit into an established office culture and how clients and customers react when meeting them.

It’s not much different than the kind of diversity people already encounter, said Dessauer.  Integration includes educating colleagues-to-be. Plus, the new hire is prepared as well – with a Best Buddies coach available for guidance and support. Those seeking work have already decided they “want to experience life and its issues,” he said.

What surprises many is that the hires are often a great addition. Entry-level positions that may seem repetitive to traditional employees, who may soon seek to move on, often suit those with developmental disabilities. They find the jobs challenging and fulfilling. For a company, that means saving time and money.

“The value to the company is inestimable,” Dessauer said, while the employer also is “making a statement that we believe in everyone.”

Some participants noted that a hiring quota system for the developmentally disabled is a legal requirement in some Latin American countries, where the law can narrow the focus of some managers to numbers. 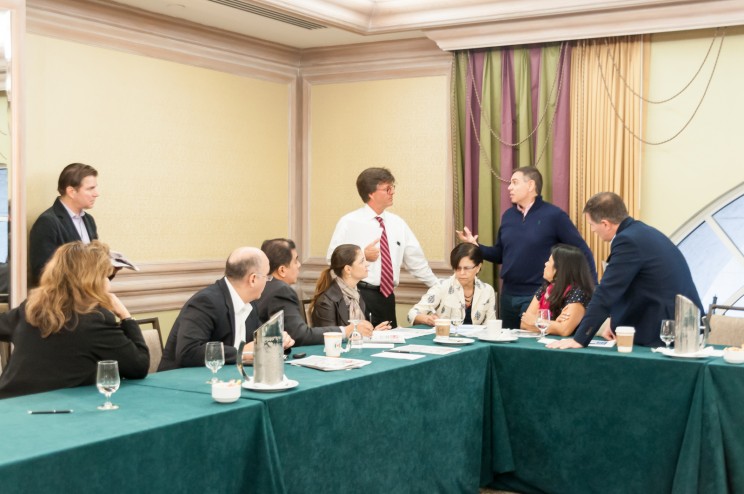 “What is the recommendation to get them to understand there is another way?” asked Martin Fichetti, chief HR officer at Cisneros Group of Companies and member of WorldCity HR Connections 2016 board of advisors.

“Our approach is at the individual corporate level. If a company tells us there is a particular challenge, we will suggest an angle of approach,” Dessauer said, noting that Best Buddies engages with governments as well.

“One of the questions I have is the performance review,” said Francia Guzman, managing partner of FBG Consulting, who said reviews can be tough on all employees.

The approach doesn’t change, said Porras. “When we hire somebody, we have a job description,” with goals and objectives, which is shared with Best Buddies. “This is a performance review. The treatment and process is the same as with everybody else.”

Getting buy-in from top management

Many attendees already have people with disabilities in their workforce.

“Is there anything you have learned along the way?” Ken Roberts, WorldCity CEO, asked the group.

Rocio Sarabia Gonzalez, HR director at Lexmark International Latin America, recalled the time when eight people in wheel chairs showed up at the office of her previous employer,  looking for the HR manager. “That was me. They were asking for an opportunity. I went and talked to the production manager, and we hired them.” 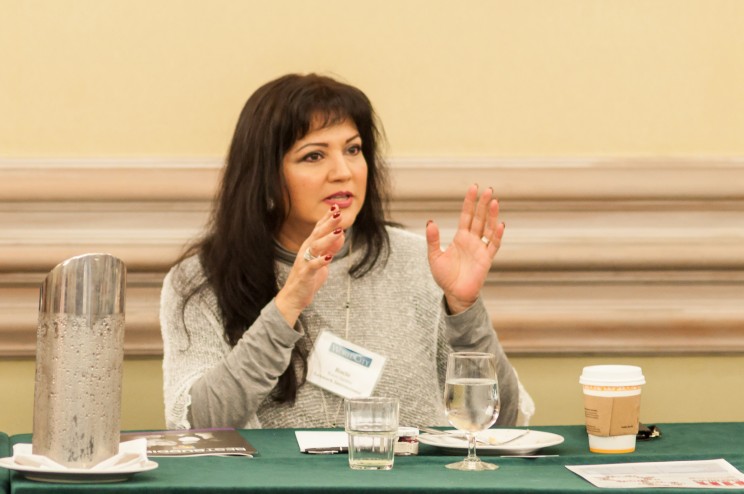 The manufacturing company, which was in Mexico, created an assembly line at a lowered height for the new employees.

“About a month later, another group comes in,” she said. “They were visually impaired. ‘We’re looking for Rocio,’ they said.” People in the disability community knew each other, and word had spread.

Gonzalez said she again went to the general manager and found work for the sight-impaired folding filters. Eventually, a group of hearing impaired people found their way to the company and also were hired.

“So, we had these three groups, it was awesome,” said Gonzalez. “They are still there.”

Hiring the intellectually-disabled “creates an additional bond with the community,” said Isabel Montes, head of HR for Latin America at Starbucks. The coffee chain has 50 such employees in their Mexico stores and 100 across the Latin American region, she said.

“We need to teach our co-workers to accept these individuals into our workforce and treat them like colleagues,” said Jenny Schaffer, an attorney with UPS 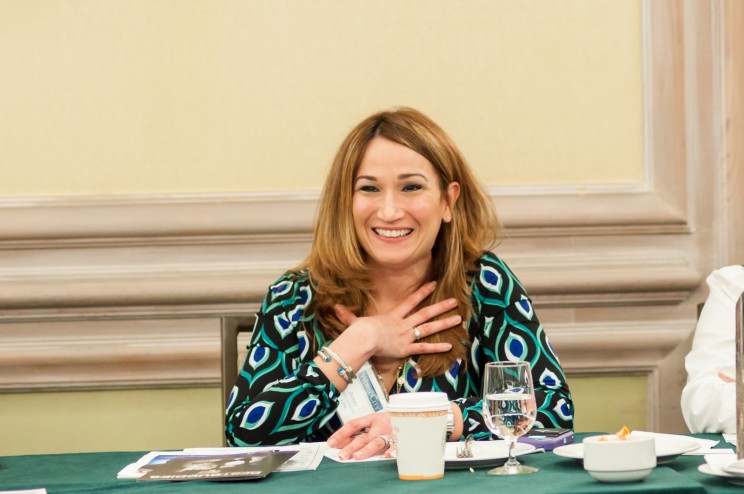 “We can start high with the buy-in,” said Porrás, who said that getting the president, CEO and top managers on board is key. “It has to be a natural process of assimilation and understanding.”

HR Connections is one of four event series offered by WorldCity to bring together executives in greater Miami on international business topics. The HR series is sponsored by Diversified Search, Right Management and Littler Global.

The next HR Connections is March 11, and the 4th Annual HR Americas Conference will be held Sept. 22-23.