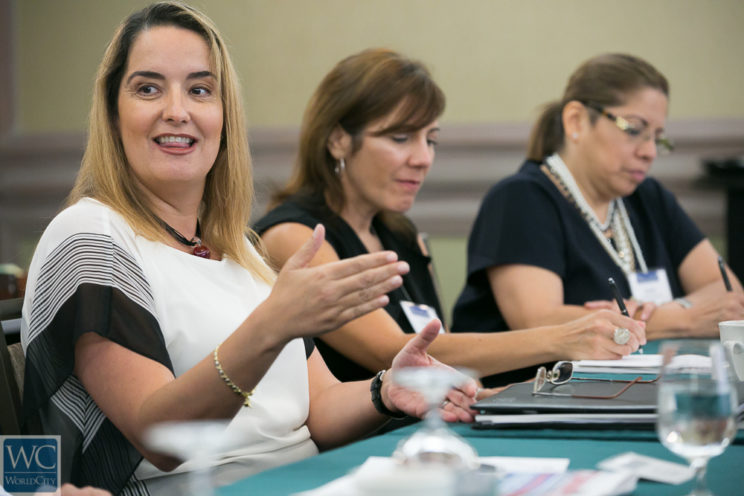 Human resource professionals face a challenge trying to nurture high-potential employees for future leadership roles, while also retaining high-performers who can’t or don’t want to move up the ranks.

Even using the popular Nine-Box tool – which rates employees low, medium and high on potential and on performance – has its limitations to assess employees and help with the task. That’s because managers often vary in how they view employees. Some deem staff “too new to rate.” And HR leaders themselves tend to over-emphasize “high-potentials” compared to “high-performers.”

Olga Martinez, senior vice president of human resources for the Latin American and Caribbean region at MasterCard, shared those insights during talks on talent management at WorldCity’s HR Connections on May 15. The native Venezuelan previously held top HR posts at Clorox, Gilette and Nabisco.

Martinez is keen on improving analytics now, because MasterCard is re-defining itself as a tech company in the payments industry raher than a financial-services giant. That shift involves recruiting from a broader range of industries. And it means integrating hires with more diverse backgrounds with an existing workforce that also is being asked to see their roles in different ways.

At a recent training seminar, Martinez said she had an “aha moment” when told that the highest performing companies have roughly 85 percent of employees deemed high-performers. Those staffers include subject matter experts who can’t or don’t want to move up and don’t rate as high-potentials.

Yet HR leaders tend to focus on developing high-potentials, not keeping high-performers engaged, she said.

“It kind of feels like the attention is not in the right place,” agreed Yolanda Talamo, senior vice president of HR at SABMiller. More focus on high-performers can help trim retention costs too. 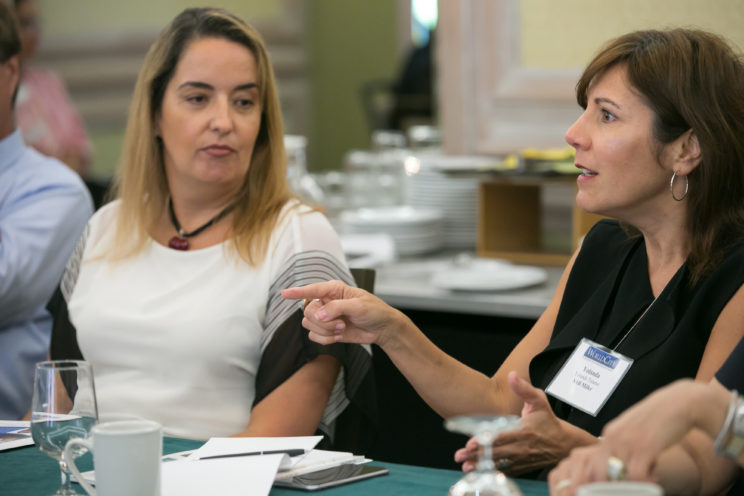 High-potentials: Should employees be told?

Should companies tell employees when they are rated high-potential?, Martinez asked the group.

Knowing that you’re seen as high-potential helps motivate employees, especially when HR professionals make it clear that the designation is not permanent and needs to be earned year after year. High-potentials don’t coast on the job once they learn their rating, said Keough, citing years of experience with many companies: “All those predictions that it would go their head, they didn’t happen.”

But designations from Nine-Box aren’t what matters most anyway, said Talamo. Employees tend to value information on where their career is headed and how to get help to get there: “I don’t really think people care if they are high-potential or not.”

Measurement with Nine-Box also has its drawbacks in determining who’s who.

For one, there’s wide variance in how managers fill out the forms. Even reviews from a group of 30 HR leaders trained in Nine-Box turned up big inconsistencies in a recent exercise. “And they were HR people. Imagine your managers” who have less training in using the Nine-Box tool, said Martinez.

Nor are Nine-Box ratings enough. Once a company identifies high-potentials, it needs to make sure there are career opportunities open for those individuals. Otherwise, companies can lose those employees, said Martin Frischetti, chief HR officer for Miami-based Cisneros Group of Companies. 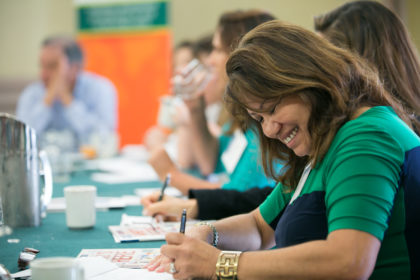 What opportunities do you offer high-potentials – from executive MBAs to assignments in other countries?, asked Magali Jarrin, director of organizational development for HBO Latin America Group.

At MasterCard, HR tries to facilitate regular meetings between managers and high-potentials to discuss development plans including open positions. The company tries to keep high-potentials in advanced career levels no more than three to four years in the same post, she said.

“Sometimes, it’s about creating a position for them,” Martinez said, which could be a “smart” move sideways to master a new skill or new market and not necessarily a move upward. “To get to a senior level, you need “smart” moves to get breadth of experience.”

To make room for high-potentials moving up, some companies have formulas that require staff repeatedly ranked in lower percentiles to exit. The idea is to dismiss “blockers,” so new leaders can rise, participants said.

Pharmaceutical maker Novartis even sends some high-potentials for short assignments at other companies to work on joint projects as part of its “no boundaries” program. That might mean months deployed at Google looking at ways to link drug tests with new technologies, said Marcelo Fumasoni, vice president and head of human resources for Latin America and Canada at Novartis.

Moving for new jobs long has been key for high-potentials to move up the ranks, Martinez said. 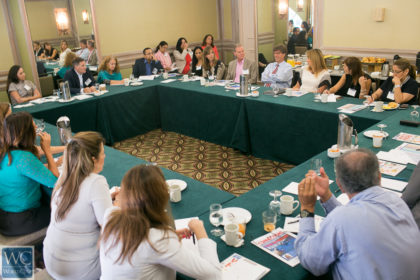 But companies are becoming more creative to offer staff a chance to work in diverse markets without uprooting families. That’s especially important for women with children or two-career households.

Video-conferencing now helps build teams across borders, so executives can remain spread across nations and then, travel to meet in person as needed. “Technology helps” trim relocations, said Keough.

Still, companies need to do more to identify jobs that need “high-performers” with specialized skills and make sure that “high-performers” in those posts stay put, participants agreed. Said Adriana Leiro, vice president of People at Bupa Latin America and Caribbean: “We should do this by design.”

HR Connections is one of five event series organized by media company WorldCity to bring together multinational executives in greater Miami. The HR series is sponsored by law firm Littler, the University of Miami School of Business Administration and retained executive search firm Diversified Search.

The next HR Connections is set for July 17.