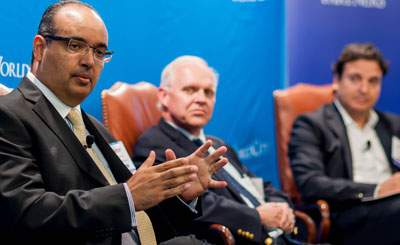 It’s not unusual these days for multinational employees to  spend a few years in Latin America and then in Miami or London. Argentines, Peruvians, and Brazilians regularly come for  assignments in South Florida or other U.S. areas.

But for human resources professionals who coordinate such moves, there’s lots more to consider that a plane ticket.

From figuring out if a person is working for the home company or a subsidiary, to foreseeing eventualities like resignation or firing, three experts gave a glimpse under the hood  at the 4th annual WorldCity HR Americas Conference, held Sept. 22-23, 2016. Their talk was titled “Staying out of Trouble, Getting out of Trouble.” 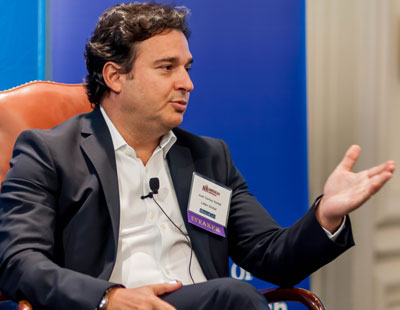 To get the discussion going, WorldCity CEO Ken Roberts asked the trio if there is any regulation that comes up again and again in business life.

“The first thing (that comes to mind) is changing and deregulating labor rules for a certain period of time,” said Varela.

“The self-employment tax,” said Spencer. And for Felce, it’s the issues that arise when a company decides to reduce their workforce. “That’s a show-stopper,” he said.

Taking the audience through the tax, legal and regulatory labyrinth revealed how complicated issues can become even more so across borders.

Roberts asked about employee litigation trends in Latin America. “It depends on the country you are in,” said Varela, noting that 4 million cases have been filed in Brazil. “Instead of changing the law, with more courts, and more judges what you are seeing is more liabilities, more litigation.”

Key to keeping lawsuits down: HR has to make sure people are treated fairly, especially at termination. “If they believe it is unfair, that person can sue you everywhere,” Varela said.

Another important consideration: make sure legal documents don’t get lost, especially when people sue in multiple jurisdictions. “Make an investment in the proper law firm, in the proper documents,” Varela said.

Tax problems are some of the biggest headaches. “The general rule is that the U.S. citizen is taxed worldwide,” Spencer said. Exceptions are if someone gives up their citizenship and a few other special circumstances. His advice: file returns, even if nothing is owed. The situation for foreign nationals who come here can be more serpentine.

“For non-U.S. citizens who come to work in the U.S., there can be a high level of frustration,” he said. It needs to be worked out before hand which country will get Social Security payments. Employees must also realize that they may have to report foreign source income as well to U.S. tax authorities.

The podium swings, Felce said, “sometimes making it more difficult for employers.” In Peru, he said, lawmakers are strengthening occupational health and safety regulations that had been relaxed under former President Alberto Fujimori. It’s the opposite in Argentina, where the country had moved toward protectionism, but “under (President Mauricio) Macri, they are going more toward the center again.”

Brazil, Felce said, is very protective of its workers and that is not going to change. “The trick is to stay tuned in.You have to focus on the specifics of the country you are dealing with.”

One big problem now is employees filing suit in several countries simultaneously. “That has become more and more common. There is no legal framework to resolve that,” Felce said, noting one case where a litigant sued in Brazil, Venezuela, and the United States. 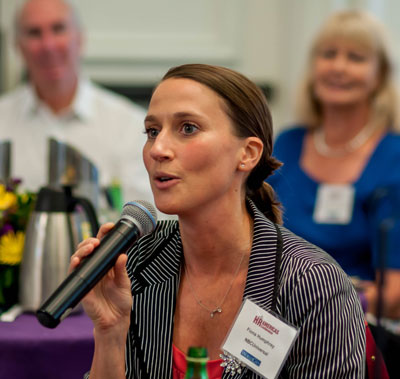 
What’s more, Felce said, companies have to stay in touch with their legal team.

To illustrate, he told of a client’s former employee who filed suit in Venezuela. However, before the hearing date arrived, the client informed Felce’s firm the former employee had died.

Felce’s firm arrived at the hearing with the death certificate. They were flabbergasted when a man showed up claiming to be the deceased. He was an imposter. “If the client had not been in touch with us, I don’t know if we would have found out,” Felce said. “Get in touch. Don’t just assign a case and forget about it.”

Spencer explained that the golden number is 182 days in-country before U.S. taxes are assessed. “There are also certain visas, student and training visas,” he said. To make things more complicated, there is no tax treaty between the two countries, he said. For the U.S. citizen in Brazil, they should be able to take a foreign income exclusion. 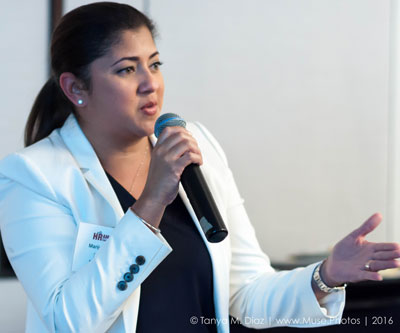 Attendees wanted to know more about the employee Felce mentioned who sued in three different countries. The employee filed after he was let go during a meeting where he came under suspicion of theft. Directed to write a resignation letter then and there, he later claimed he was forced to resign.

“When conducting a termination, don’t do it in retaliation,” Felce said.

Another mistake was that the Venezuela employment contract was not properly terminated. He was able to sue as well in the United States, where he had worked for a handful of months because the firm was headquartered in Illinois.

It is getting more common for Latin America workers to sue in U.S. courts, said Varela. In part, it is because business is increasingly global. “Things are changing in the judicial system,” he said. “There are a lot of Latin America lawyers getting licensed in the United States.”

HR Connections is one of four event series organized by WorldCity to bring together executives in the greater Miami area on international business topics. The next HR Connections  is set for Oct. 28.