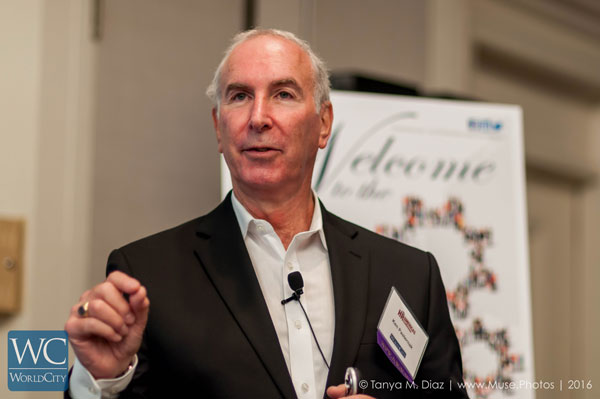 What can elite race car teams teach a group of human resources professionals?

Quite a lot, it turns out, especially when it comes to lessons about working together when it really matters.

That was the message from Ken Pasternak, co-author of “Performance at the Limit: Business Lessons from Formula 1 Motor Racing,” a book in its third printing and called by a recent New York Times review “a textbook treatise on how to better organize a business in order not only to survive but to beat the competition.”

Pasternak was a keynote speaker at the WorldCity 4th annual HR Americas Conference, held Sept. 22-23, 2016, at the Hyatt Regency Coral Gables. His talk was titled “Eye on the Road, Foot on the Gas.” He is an executive consultant with an extensive portfolio and currently in the Leadership and Organizational Effectiveness team at Executive Development Associates. But it was his racing stories that especially grabbed the audience.

An opportunity in every problem?

The audience learned how Pasternak came to be associated with the premier high-end racing circuit, better known in Europe and Latin America than in the United States. He was hired by a large legal firm to present a two-day cram session on essential business concepts for lawyers. He was selected because he’d recently done a similar training session at Ford.

The lawyers’ exercise: Determine how to enter Formula 1 under the Audi brand: joint venture? buy the team?

That led to the book, co-written with Mark Jenkins and Richard West. Meanwhile, Pasternak was coming to know well Formula 1 teams and owners, including the legendary Frank Williams, founder, and team principal of the Williams Formula One racing team.

The teams are formidable organizations. The 11 teams drive 21 races per year in 21 countries, and each team has up to 300 members, with $500 million budgets in a $2 billion to $3 billion-per-year industry.

“The guys are hyper-competitive,” Pasternak said. “They are at each others’ throats.” But instead of sales, teams are challenging to shave slivers of a second off race time. Like many of the companies represented in the audience, Formula 1 is a global concern, change is the only constant, and regulations change. “Innovation is crucial,” he said. And the stress is stratospheric. During a race, “mechanics fit a new component to a car every 17 minutes.”

Like today’s other businesses, Formula 1 is deep in data. Every race car has at least 120 sensors. Engineers and other team members study and parse the data. And, instead of sending out an annual or quarterly report, the team is evaluated every-other-week during each successive race.

“It’s like putting out balance and income statements for everyone to see,” Pasternak said. “You need to share knowledge. When you have such a complex machine, sharing information is extremely important.”

Pasternak invited the audience to really consider what teamwork means in their own organization. It is more than a group of people working together, he said. It should be holistic, focused, and everybody must know their role.

To illustrate that, Pasternak played a Formula 1 racing clip, showing how a team of 20 or more changed four tires during a pit stop in under 3 seconds. Three team members managed each tire, a couple of guys stabilized the car, one person stands by with a fire extinguisher.

But things do go wrong. Pasternak told of one time when a tire changer, in reaching for a drill gun, inadvertently raised a hand – the signal to go. The car left on three tires. The story’s lesson is about what happened next.

“We began to focus on what went wrong, not the guy who made the mistake,” he said. “Isolate the problem, not the person. We call it the no-blame culture.”

Plan, Do and Review

Another lesson: having the right people in the right job – an easy aphorism, but truly tested on the track.

Prospective employees try out many times on the track. Videos are analyzed and critiqued. 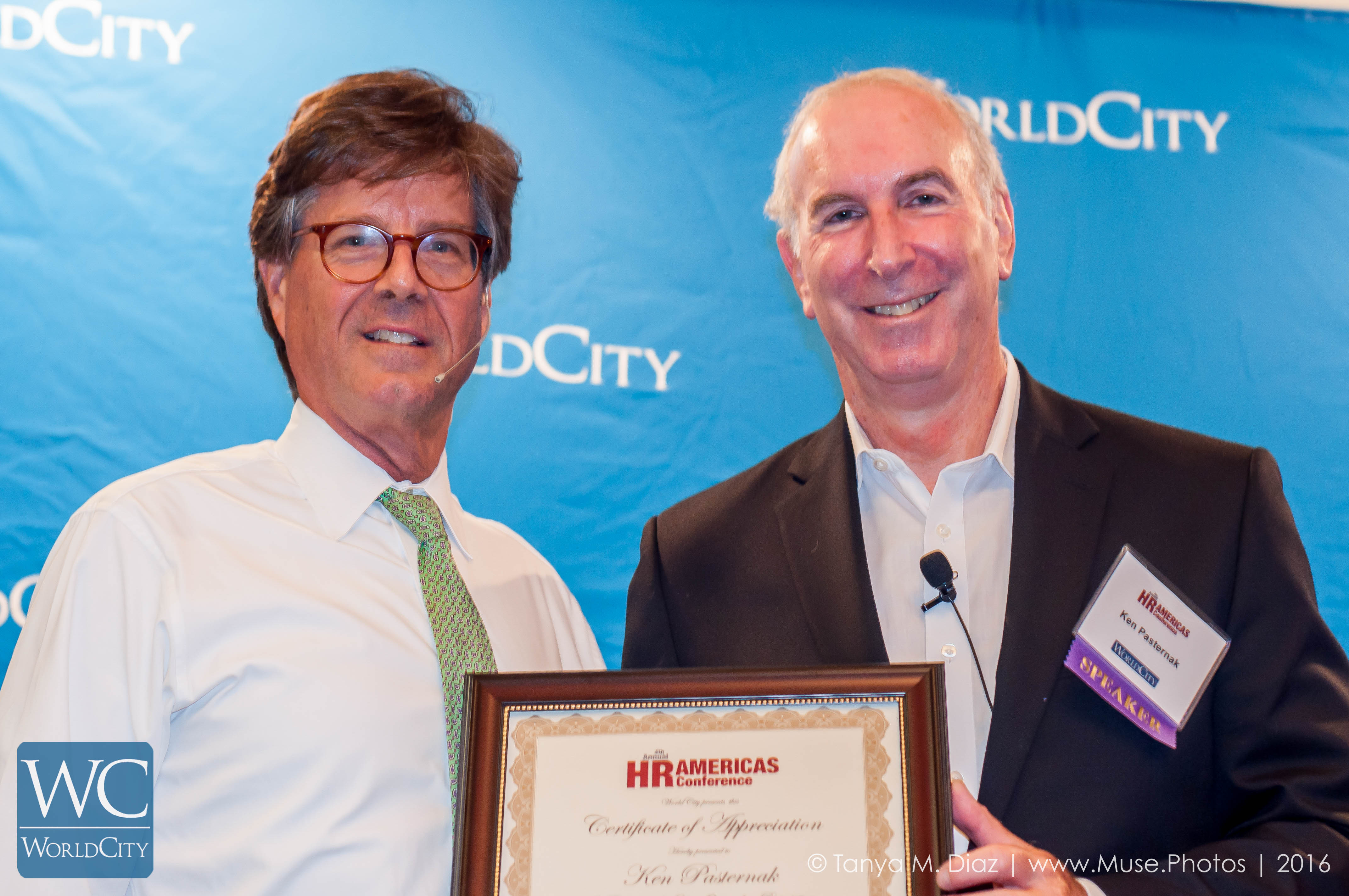 “The basic principle is plan, do and review,” Pasternak said. It is there, he said, where companies often falter. Most top executives are great at planning and execution. It’s the review where things fall apart, with most not taking enough time to see what went wrong, and what went right.

Pasternak said that HR professionals are in a key spot to help supercharge teamwork, especially as they can bring together employees from different departments. “The real gains in an organization come at the boundaries,” he said.

Other elements necessary to create a top team include building trust, open communication, constructive criticism, listening more than talking, and individuals committed to a shared goal.

“Teamwork is a mindset, it’s how you approach working together,” Pasternak said.

HR Connections is one of four event series organized by WorldCity to bring together executives in the greater Miami area on international business topics. The next HR Connections event is scheduled for Oct. 28.