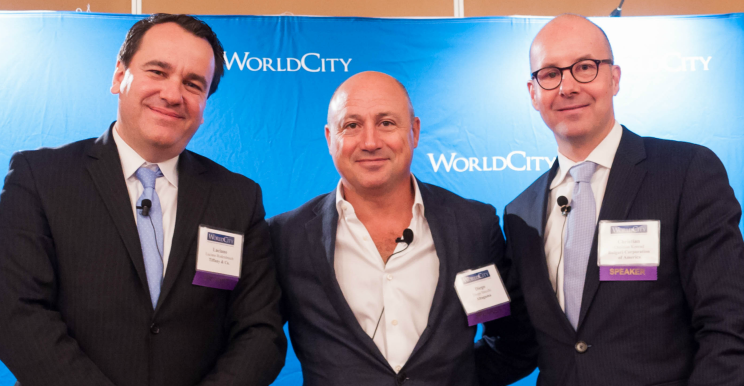 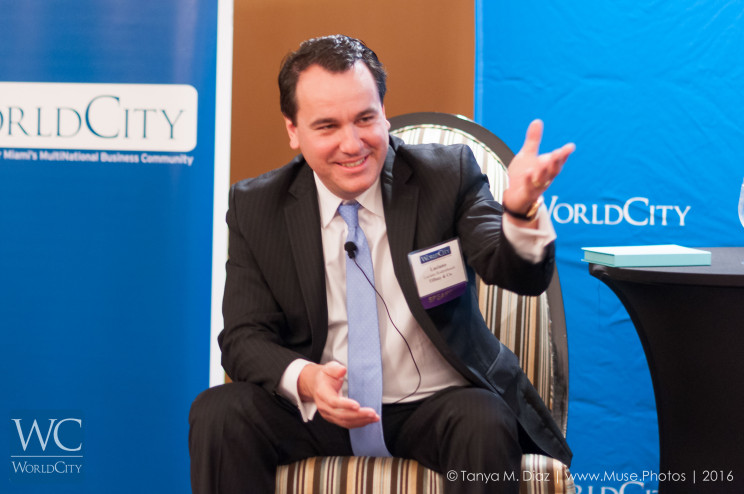 But top-end retailers aren’t holding their breath until conditions improve. In fact, they say, now is the time to refine their retail strategies for Latin American customers.

The three luxury sector executives shared their  approaches to gaining customers during a panel on “The Luxury Lifestyle in Latin America” at WorldCity’s Global Connections event April 22, 2016, at the Coral Gables Country Club.

Coming out stronger in a shifting market

“Different brands are going to come out stronger because of this crisis,” said Rodembusch. Wholesalers can seize the moment to scrutinize their portfolios, added Konrad: “If your brand is strong, you have a chance to gain market share right now.” 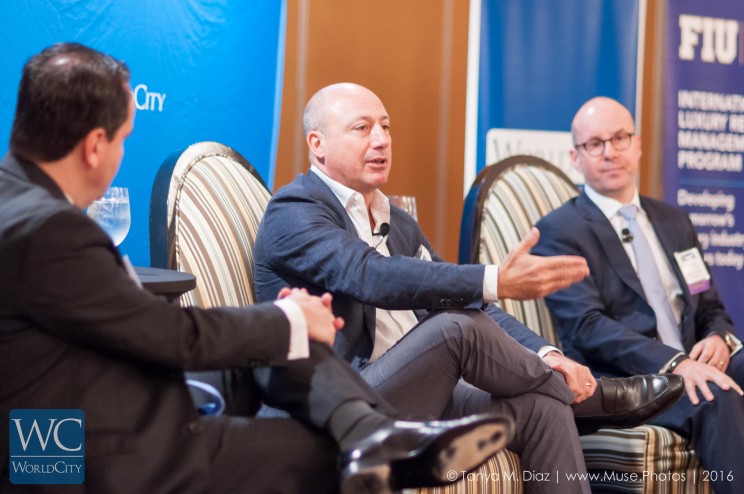 and Stecchi singled out the Caribbean for tourism opportunities, including stops by cruise visitors.

Yet the two venerable luxury purveyors (Tiffany was founded in 1837, Bulgari in 1884) and more recently formed Altagama differ in their strategies in Latin America.

The push by New York-headquartered Tiffany into Latin America has been relatively recent, said Rodembusch. Only within the last six years has the company recorded more sales abroad than in the United States, he said. Since becoming Tiffany’s first VP for Latin America, he’s streamlined points of sale in the region, while growing revenue. “It’s been a long cleanup and reorganization,” he said.

For Bulgari, which became part of luxury super-firm LVMH a few years ago, the strategy now involves opening dedicated boutiques and pulling back from a “multi-brand” environment, said Konrad. The brand has debuted stores in Panama and the Caribbean and is bringing presentation “in line with what the competition is doing.” 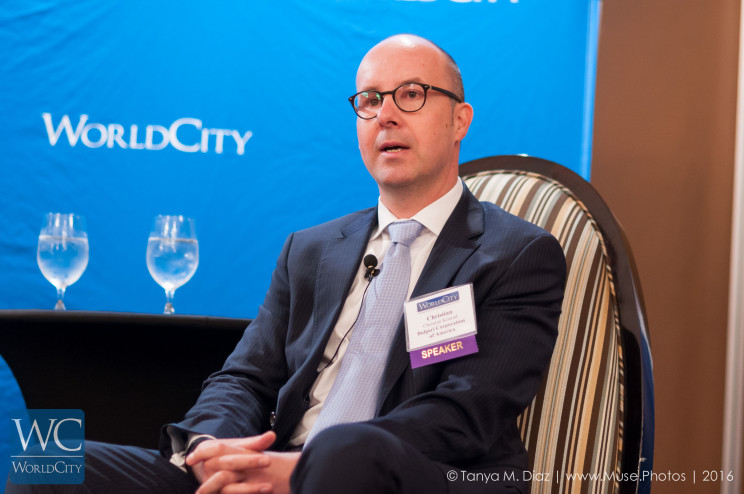 Christian Konrad with 19 years at Bulgari.

Pros and cons of online sales in Latin America

The trio agreed that specific conditions in Latin America weigh on their strategizing  – a discussion sparked by a question about keeping customers safe in high-crime environments.

“Online sales in Latin America is one of the biggest opportunities we have” to address crime and help luxury brands grow in the region, said Stecchi. However, a reluctance by many Latin Americans to divulge their address and other personal data impedes the growth of e-sales.

Bringing the conversation back to South Florida, Javier Betancourt, director of economic development for the City of Coral Gables, wondered how new luxury retail outlets, such as the Miami Design District or under-construction Brickell City Centre, might affect existing high-end hot spots including Merrick Park and Bal Harbour. “Are we growing too fast, too soon? What does it mean for your brands?” Betancourt asked.

“This is representing a change in the total landscape of retailing in Miami,” said Stecchi. “Is it good or not? I think the competition we have in the United States is always good, but somebody is going to suffer.” 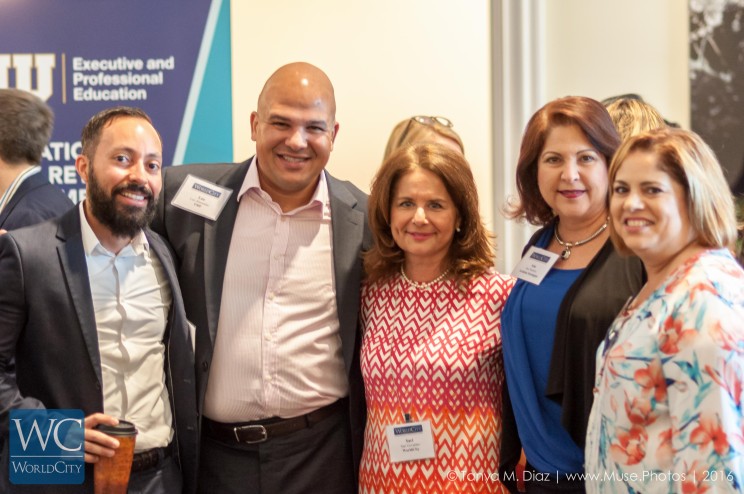 What will keep luxury shoppers coming back to Miami?

Konrad agreed that luxury sales is “a pie you are trying to share.” Indeed, Miami is losing some of its high-end sales to Brazil, now that Brazil’s weakened currency means travelers can’t visit the United States as affordably: “So much [of Miami’s luxury market] is based on the customer who travels.”

Nor can South Florida take Latin American shoppers for granted long-term. “Miami was the dream destination for Latin Americans,” he said, but now that many in the region’s new middle class have visited the city at least once, those travelers may be tempted to head to New York or other destinations. “Miami-Dade and Broward need to think about why they should come back,” just as each retail center in the area needs to find ways to stand out from its competitors.

Why would shoppers return to a brand anyway?, attendees asked. 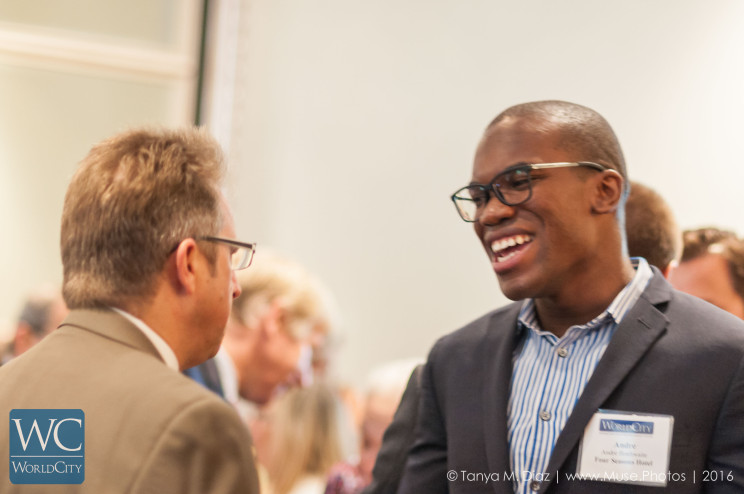 “Luxury has a lot to do with the experience, beyond the product,” said audience member Isabel Chattas, co-founder and chief operating officer at the Siinc Agency. “How does that work, and what are the challenges and opportunities in Latin America?”

It’s all about a workforce properly trained to give customers the luxury shopping experience – quality service that should be the same whether customers are in New York or in Latin America, said Rodembusch.

“It saddens me that consumers don’t know they could demand more,” he said. For example, he’s seen shoppers ask about a diamond’s carat count but not about its other key attributes: cut, color and clarity. Sales staff must learn to “enchant and add to the conversation,” although not  all individuals are willing to go that extra mile, he said. 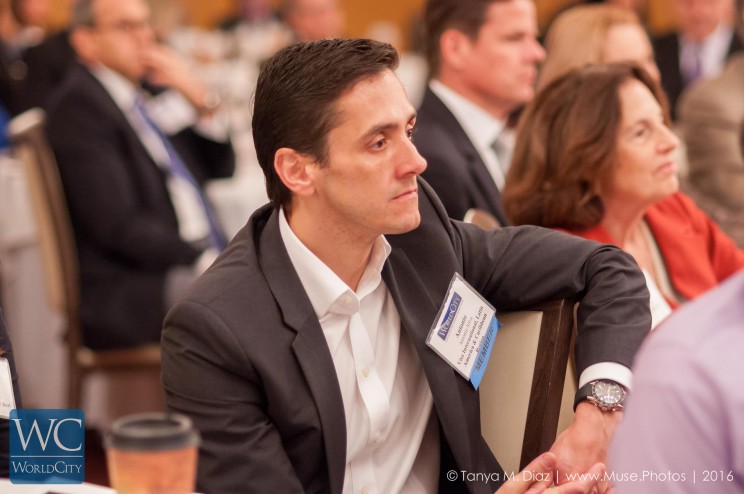 “What are consumers here and in Latin America asking for?,” added Ramon Palmero, president of Steferi, a business development consulting firm.

Latin America’s affluent class increasingly wants to know what’s available beyond a product purchase, said Rodembusch. For instance, they’d like to know in New York which hotels to stay at, what Broadway shows to see and how to get such experiences as a special guided tour of the Museum of Modern Art’s Tiffany Collection.

“Concierge services are the major trend,” said Rodembusch. “Clients from around the world 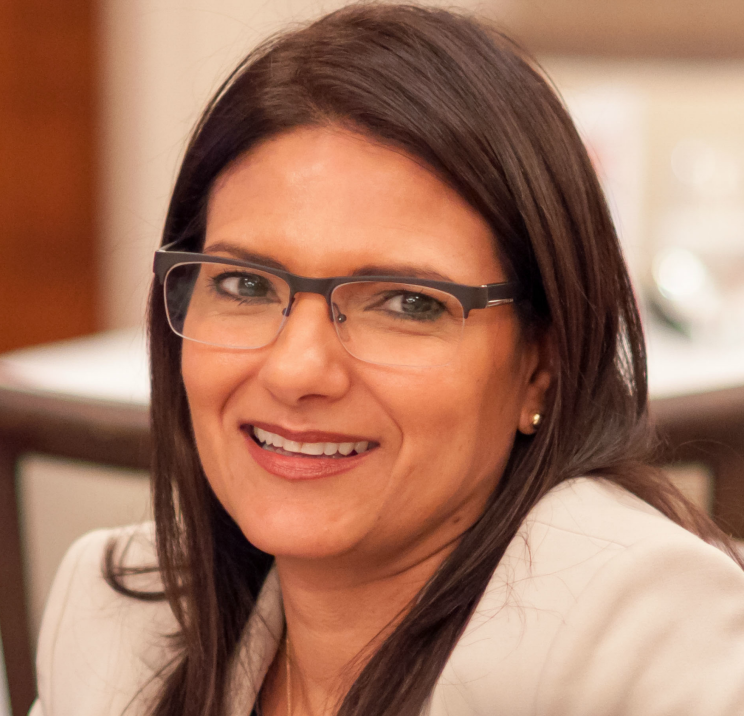 have money to do what they want to do. The brands that can open the doors of experience, that is unique.”

The next Global Connections event is set for May 20, 2016, on the topic: “Third Annual Billion Dollar Bosses: The Path to Success.”