It’s been a long time since the digital world moved from the economy’s periphery to its center. Even companies with long-established business models are folding online commerce and social media into operations. Some, like Western Union, view tech not as a threat but as a tool  to increase its customer base and build a more effective workforce. 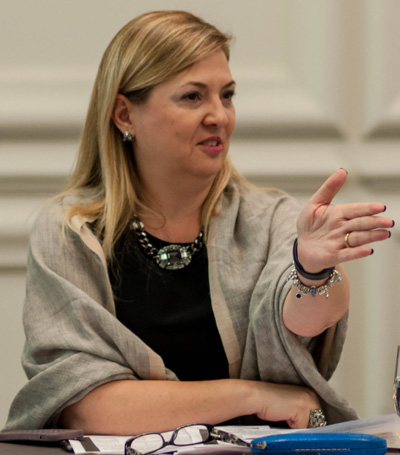 How that shift is occurring at Western Union, a firm founded in 1851, was explained by Marilia Maya, the company’s vice president of Human Resources for the Americas and European Union Region. She spoke Aug. 12, 2016, at WorldCity’s HR Connections event held at the Hyatt Regency Coral Gables.
Western Union is best known as a “cross-border, cross currency” money mover with a presence in 200 countries. It moves about $150 billion around the world each year for a 100-million strong customer base that includes businesses,  mom-and-pop enterprises, and individuals sending funds to family in other lands. “Our core business is cash-to-cash, we move money through a network of agents,” Maya said.

Yet in the context of an economy transforming and disrupted by Internet commerce, “several years ago we found a need to position ourselves as a think-tank company in order to meet customer demand,” said Maya. Around that time, the company was consolidating its Latin America and U.S. operations, later bringing Europe under the same umbrella. 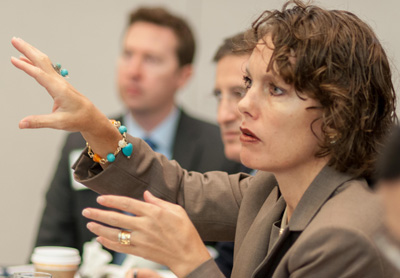 Five years ago, Western Union set up a San Francisco office to specifically address ways to move the company more deeply into the digital world. “How can we become the only channel to be there for the customer?” was the question, Maya said. The first step was to start internally. “How can we digitize ourselves?”

That’s where HR professionals took the lead. The process began with a workplace satisfaction survey whose results weren’t that 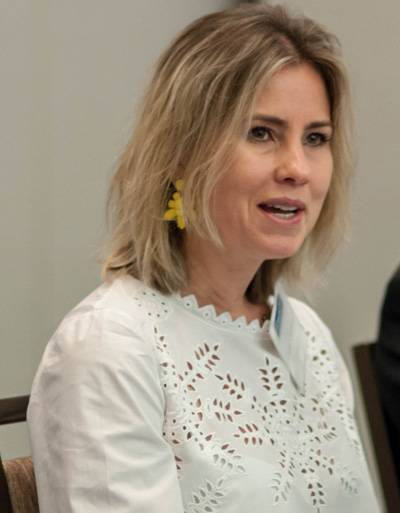 impressive. So, said Maya, “We started to invest in our internal image to leverage engagement.”

One path: using Skype for Business, which allows their virtual teams to see one another as they worked. “We changed the way we communicated.”
To increase communication among employees, Western Union set up an Intranet platform that can be posted Facebook-like, while pushing top executives to buy in with their participation.
“I was skeptical you can open up to a whole organization,” Maya said. But, she added, it is working well.

From Inside to Outside 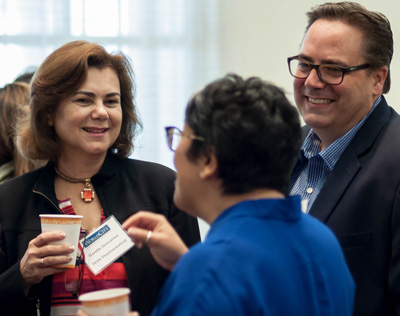 At the same time, Western Union looked to mobilize digital expansion for business advantage. That was especially appropriate after company analytics found that some 80 percent of new clients come through digital channels.

Such initiatives are not surprising. The entire financial services industry from banking to mortgage initiation is ripe for digital expansion, as startups and entrepreneurs eye a landscape not yet deeply tapped. Meanwhile, millennials, followed by other consumer groups, increasingly conduct transactions via tablet or smartphone.
To attract those people, Western Union rolled out a downloadable app, now usable in 38 countries. It aims to reach 100 nations by year’s end.
What’s more, applicants for jobs now are expected to be digitally literate and have what Maya calls “a digital mindset.” 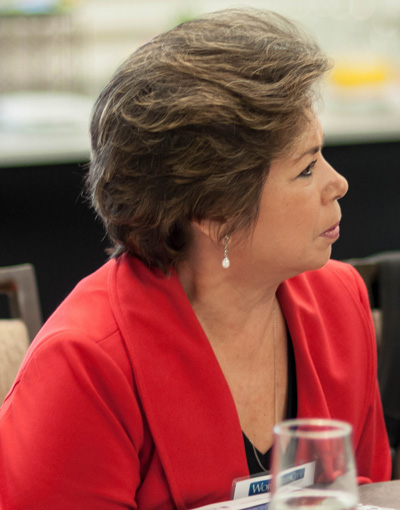 In the last year, the company also created the Western Union Careers Facebook page, with 17,000 applications submitted via social media.

Meanwhile, Facebook likes and other social media postings are becoming key to how the company positions itself. Maya made it clear why. “When we start to look at Glassdoor [the popular job and recruiting site], we were able to leverage the way Western Union would be perceived by the market,” she said.
“What about LinkedIn and other platforms?” asked Cesar Salas, regional HR & administration head, Caribbean and Latin America West Coast, Hamburg Süd. 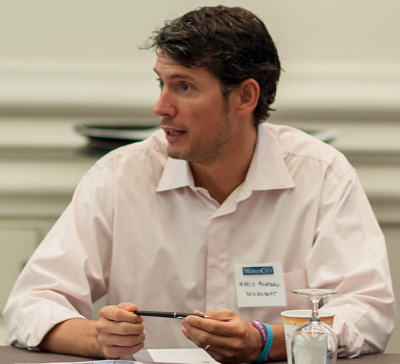 Maya said Western Union has been working more closely with LinkedIn, as the professional social-media site has become more business oriented and its data can be extracted. “Our talent acquisition team are really engaged with LinkedIn,” she said.

The push has its costs. Over the last few years, Western Union has doubled its investment in technology, as well as investing heavily in compliance – one of its strengths that startups will be hard-pressed to match, she said.
Audience members wanted more details on the initiatives.
“You said you look for a human resources digital mind-set. How do you assess that?” asked Magali Jarrin, human resources manager, Latin America, Berkley Insurance. 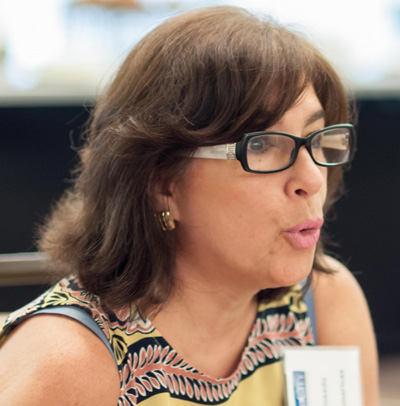 “It is part of the individual’s life,” Maya replied, because candidates typically are involved with social media and other technologies anyway. That doesn’t necessarily exclude older generation workers, however. In fact, she said, one of the company’s goals is to create an environment where the different generations work easily together.

That led to a question on women’s advancement from Maria Morales, human resources director for Latin America at Citigroup: “What is your strategy for improving diversity numbers?”

“How do we leverage the development of the current women [employees]?” Maya said, noting that the ranks of women in company leadership thin out at the vice president level and above. Last year, the company formed the Women’s Advisory Board to

come up with ways to address the issue. One initiative is to make sure promising women candidates are brought into executive level meetings.