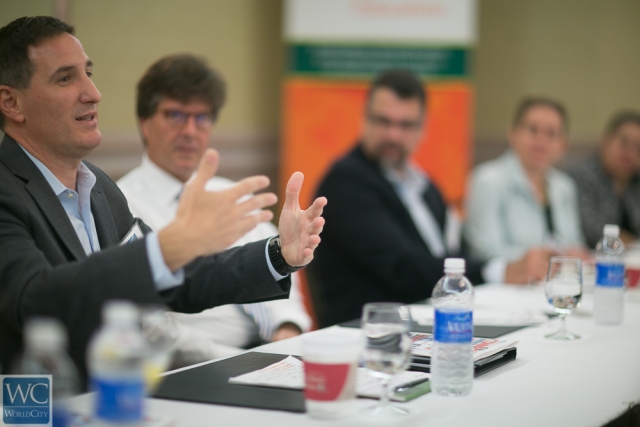 Martin Fischetti did something curious after two decades as a human resources executive with DuPont, Telefonica and Cemex’s subsidiary Neoris. He went to work for a private, family-owned business.

And while his decision to join the Miami-based Cisneros Group of Companies was curious, that’s not what struck some attendees at WorldCity’s HR Connections event on March 13. What they found intriguing was that Cisneros asked him to join.

“Why,” one participant asked, “did they pick you?”

“They made a mistake,” joked Fischetti to laughter, before looking around the room and continuing. “They wanted someone with my background, someone with the background of everyone in this room.” 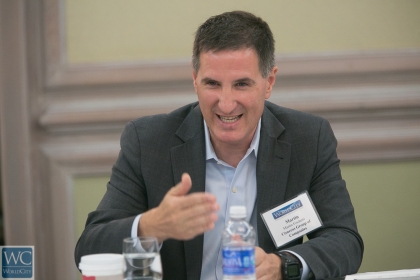 Fischetti led the discussion, focusing on his role at Cisneros, where he oversees an HR staff of 42 – and how it compares to his previous positions at public corporations.

Cisneros is that rare private company that has made it to the third generation of family leadership. Diego Cisneros founded the company in Venezuela during the 1920s and passed the reins to son Gustavo, who moved the headquarters to Miami . Gustavo now has entrusted the group to daughter Adriana, the current CEO and vice chairman.

With more than $1 billion in annual revenues, Cisneros today is dominated by its media business, but also focuses efforts on interactive as well as real estate and development. 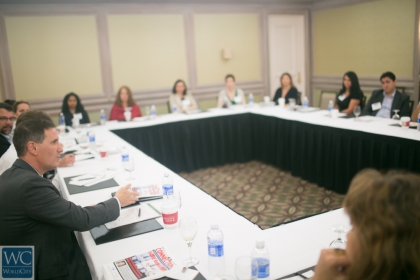 And, so, as it ventured into its third generation, Cisneros Group went to look for a leader in human resources with know-how from large multinationals. Fischetti, with that background and experience living in different parts of Latin America, fit the bill. His interview with Adriana Cisneros, he recalled, went very well, from his point of view.

To some extent, the bottom line was they wanted someone who could bring “best practices” to the organization, he said.

Differences in speed, financial focus at private vs public companies

Quickly, and over time, he discovered there are, indeed, differences between a family-run, private business and a public corporation.

For starters, even with its size and scope, Cisneros has the ability to be fast on its feet.

“They are still very entrepreneurial in the way they operate,” he said. “Always looking for partners, investors … They’re always looking for opportunties. They don’t have tunnel vision.” There is also a “fast-paced decision-making process.” 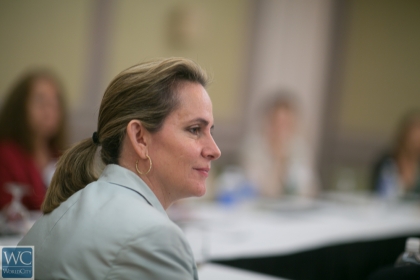 At big public companies, he recounted, the path to innovation can be long and tortuous, replete with reams of paperwork and many levels of approval. “It was like going to the ministry of whatever.”

There is a subtle shift in emphasis, from a financial point of view as well, said Fischetti. While public companies are driven by profit-and-loss statements and worried about daily and quarterly stock prices, the private group was more attuned to cash-flow management and looked more to the future.

“Never underestimate the power of culture”

Another difference: At times, it is truly a family – a family with 4,000 employees, mind you – and that provides both opportunities and challenges.

Fischetti said the average tenure at Cisneros, which has about 3,000 employees in Venezuela, is an eye-popping 29 years. That level of loyalty and shared experience has benefits difficult to calculate. But it can lead to a reticence that he found surprising, given his corporate background.

Letting someone go is difficult in Venezuela due to government policy, but it is somewhat anathema to the Cisneros culture, he said.

He recounted that during a particular search, someone asked about a preferred candidate, “What are we going to do with them” if it doesn’t work out?

Fischetti was somewhat perplexed by the question, because “In the corporate world, ‘It didn’t work. Sorry.’ They thank you for the opportunity.”

And, sometimes, bringing public company practices – employee ownership programs, engagement surveys, uniform compensation programs, immigration policy – to Cisneros can be challenging, because the company has not been encumbered by long-standing procedures and policies. 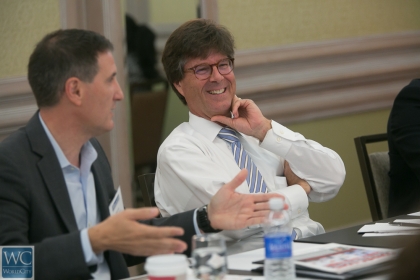 Fischetti drew laughter as he recounted an imaginary conversation concerning an engagement survey he wanted to conduct at Cisneros.

“But we are fully engaged,” came the response, perhaps with employee longevity in mind.

Fischetti said he tried to be part of the company’s senior-level discussions as often as possible and had to make the case that HR is evolving and now is better able to make sound decisions when aligned with company strategy.

In closing, Fischetti talked about what he had learned.

“You have to learn to listen. They are amazing strategists ,” he said. “We’re very successful at what we do.” 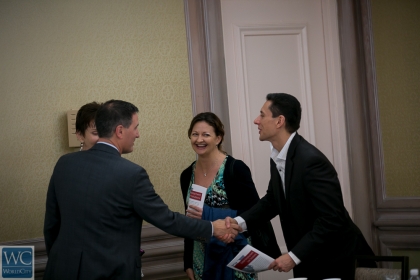 “It’s a great challenge for Adriana. It was her father, Gustavo Cisneros, the second generation, who made the company truly global, “ said Fischetti. “In a private company, you can never underestimate the power of culture.”

HR Connections is one of five event series organized by media company WorldCity to bring together multinational executives on international business topics. The HR series is sponsored by the University of Miami School of Business, law firm Littler and executive search firm Diversified Search.

The next HR meeting is set for May 15.