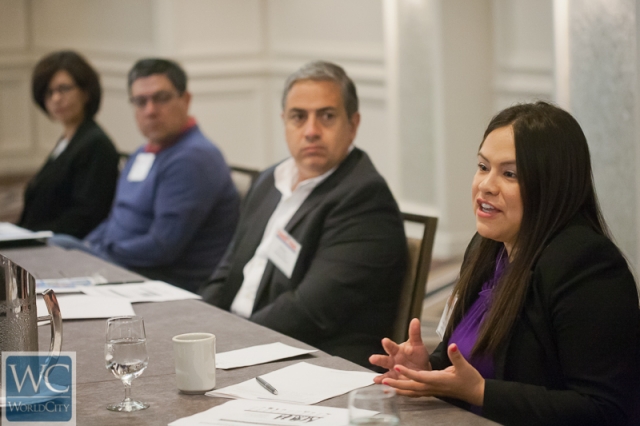 Citigroup Latin America had a vexing problem not uncommon to most companies. While 60 percent of its workforce of 27,000 people were women, only 15 percent of the top managers were female.

Its innovative solution was an email.

“Are you the proud parent of a future woman leader?,” it asked its employees. 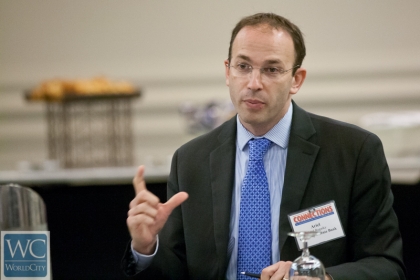 The email anecdote was one of several examples described by Ariel Regatky, the head of Talent Management for Latin America for Citigroup Private Bank, to illustrate the use and power of innovation at WorldCity’s HR Connections on March 14.

Plus, it found ways to get more Latin American students graduating from the world’s top business schools to accept jobs as Citi, instead of posts at other multinationals.

“What we found interesting,” Regatky said of the email on future women leaders, “was the impact on the parents. The comments from parents were great. We were investing in the people most important to them.”

The message also had the unintended consequence of making Citi seem like a better place to work in the eyes of the parents moved by the email.

Participants described the issue of women dropping off as the management pyramid narrows as both multifaceted and long-standing. 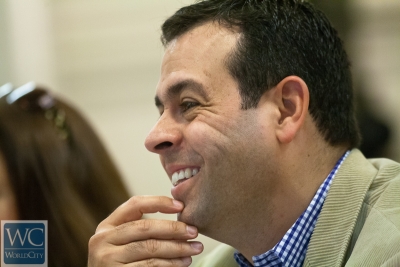 One factor, said Marjorie Kean of executive search firm Diversified Search, was revealed two decades ago in a study from a major accounting firm: Because some women leave the workforce to have children and raise their families, top managers often hesitate to promote women overall – compared to men.

“Many women didn’t raise their hands, [thinking] ‘If I go flex, I don’t get promoted.’,” said Carollo. “It’s very difficult for an organization to have flex at the top.”

Before the email, Citi had noticed that interview panels for top management posts were comprised entirely of men. It worked to change that: “We needed women in decision-making slots.”

That’s where Citi, working with the University of Miami School of Business, turned the usual mentor-mentee relationship on its head.

The program has aided the students and UM in ways both expected and unintended.

“Millenials want to raise their hands and participate. They want to contribute,” said Lucia Ruales, an assistant director of career services at UM School of Business, pictured above. And reverse-mentoring is “helping in their personal lives. They are learning to be more patient with their parents.”

A professor at UM also launched a study to measure the impact of the reverse-mentoring program.

Innovation is not invention

Regatky kicked off HR Connections describing innovation as the application of an invention, not the invention itself.

HR departments are know for innovating in policies, talent management and culture. But when it comes to “how do we innovate within the HR function, there’s not much written or discussed about it,” he said.

And “We can’t say everything should be innovative,” Regatky added. “Coming from the banking industry, we have been punished for being too innovative.”

But clearly, innovation is hot, offered in university courses and in conference tracks nowadays. 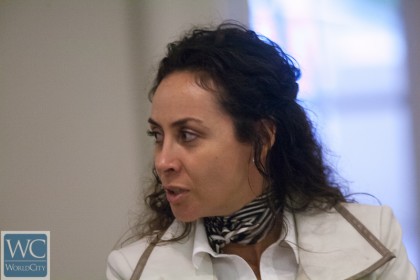 “I don’t know if it’s overused, but it’s all over,” said Deborah Hernandez, vice president of human resources for cargo at LATAM Airlines Group.

Quipped Niza Motola, special counsel for employment law firm Littler Mendelson, “We have a chief of innovation at our firm. When a law firm does it, it iss established.”

Cable & Wireless got creative in hiring after moving its global headquarters from London to Miami. The company needed an external reporting manager that understood rules for a company listed on the London Stock Exchange. It found the right candidate in New York, but that executive faced visa issues, said Reynaldo Ramirez, director of human resources.

The innovative solution: Move the manager and family to London for three months, then three to six month in the Cayman Islands, and then to Miami – when the visa issue was to be resolved.

Those talented graduates often receive multiple l offers from leading multinationals, and Citi was hiring about 65-70 percent of the applicants offered positions. It wanted a better acceptance rate.

First, it switched assessment tools: “What if we used some tools we were using for training for assessing, for hiring? How they think? How they react to stressful situations?”

But with hundreds of applications, it saw the need for a more cost-effective way to narrow the field. 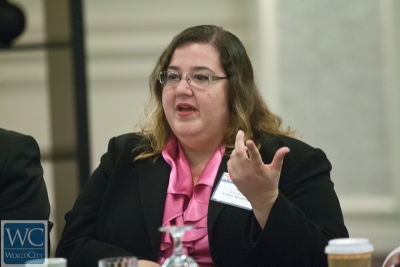 So, working with tech-savvy younger people, it decided to send applicants a link via email. Once the applicant clicked through, they came to a videotaped interview. Applicants were given a certain amount of time to answer questions and made aware of the ticking clock.

“You don’t make hiring decisions based on video interviews. But for screening, it’s very effective,” Regatky said. “In the past, I needed a team to do the [30-45 minute assessment] interviews.”

The “Wow” factor of an innovative hiring process also impressed many applicants. Then, Citi could bring potential hires “not just for an assessment but for an engagement event. We wanted them to want us.”

The upshot: the acceptance rate by Latin Americans with top MBAs rose to 80 percent, he said.

Some of the candidates called the application the most stressful event of their lives.

“I hope I never have to go through that process,” said Regatky, with a laugh.

HR Connections is one of six event series organized by media company WorldCity to bring together executives in the greater Miami area on international business topics. The HR series is sponsored by the University of Miami School of Business and retained executive search firm Diversified Search.

The next HR Connections is set for May 9.