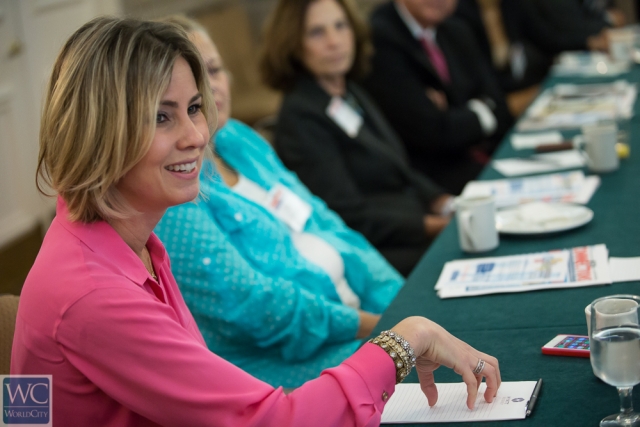 After more than a century focused on sales in the United States, luxury jeweler Tiffany & Co. is shifting its strategy to prioritize consumers in a global marketplace.

That means reorganizing the company: developing divisions based on world regions, hiring internationally-minded staff, researching consumer preferences in different countries and many other changes that affect the handling of human resources.

How Tiffany & Co. is transforming its HR operations was the theme of WorldCity’s HR Connections held July 18 and led by Karen Saravia, the jeweler’s director of human resources for Latin America. She moved from New York to Miami with the company’s Latin American team two years ago.

Tiffany & Co. began in 1837 and long was managed by Americans, mostly from the New York City area. Senior executives largely came up the company ranks, and less senior staff were recruited mainly for their experience in sales of jewelry and other luxury goods. 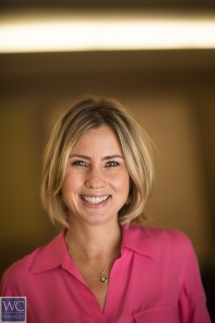 But pressure from Wall Street for higher stock returns prompted a shift over the past decade. The company recognized that it needed to become more global to thrive for yet another century.

To transform, Tiffany first brought in an executive vice president with an international focus, a new manager from France. He helped re-order the business into six world regions and helped re-define the strategy from “merchandise-centric” to “consumer-centric,” Saravia said.

To adapt in the HR area, the company developed a “competency model” for the first time. It previously worked with a performance management system that was “off-the-shelf” and not tailored to Tiffany needs, she said. The new model looks at such competencies as judgment and partnership.

“It gave us a common language, so that we can say, “Let’s talk about agility,” which is right here in the model,” Saravia told the group. “How can we help you with that?”

Tiffany also changed its hiring focus. It no longer sought candidates experienced in luxury sales but rather people with the right skills set, whatever their background. Tiffany realized it’s easier to teach the jewelry business to those with right skills in business, communications, finance or other fields “than the other way around,” said Saravia.

What lessons have you learned from the strategy shift?, asked WorldCity President Ken Roberts.

“Talent is key,” said Saravia. That means getting staff on-board with the shift and making sure to develop all talent through more systematic processes, not only helping the high-potentials, she said. 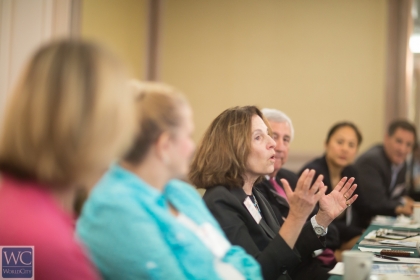 Finding the right talent may differ for Tiffany, however, because the brand has a unique model of selling linked with story-telling, noted Marjorie Kean, managing director in Miami with Diversified Search.

Indeed, Tiffany now emphasizes heritage and history with its collections, raising HR challenges. For example, “How do we train our sales staff to be story-tellers instead of sitting behind the counter?,” asked Saravia.

Shifting HR to be more business-focused

What changes have been made in HR in terms of supporting the business and its financial results?, asked global HR veteran Francia Baez Guzman, managing partner in FBG Consulting LLC.

HR staff definitely are being asked to be business -focused, “to understand the profit-and-loss statements and marketing and how to impact that,” Saravia said.

But not all HR staff have adapted well to that shift. Some have left, she said.

Adaptability is key in today’s changing marketplace, but older companies with more entrenched cultures may have staff that find it especially hard to adapt, said Cesar Salas, who leads HR and administration for the Caribbean and Latin American west coast for transport company Hamburg Sud.

With Latin America a new division for Tiffany, is there latitude to do things a little differently?, asked Salas.

With its new office in Miami and a small operation, the vibe differs from Tiffany’s larger base in New York, Saravia said. The staff is closer to the business operations in the region. The chief sets the tone. He’s a a tri-lingual Brazilian with an MBA who worked in consumer goods, not luxury retail.

“We hired him because he was different, and we wanted different,” said Saravia. “We wanted good business and leadership skills, and we were willing to teach him the luxury business.”

“And he’s a great story-teller,” joked Kean of Diversified Search.

How do you measure the value-added that HR brings to the change? Do you have a score-card?, asked Martin Fischetti, chief HR Officer for the Cisneros Group of Companies. 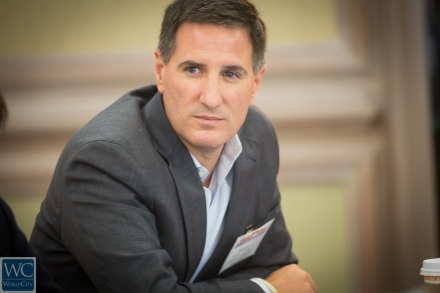 “It’s hard,” conceded Saravia. It’s easy to measure some things in HR including “time-to-fill” a job or “cost-per-hire.” But other contributions are tough to tally and show a return on investment. “The change piece, it become more qualitative and than quantitative.”

Still, Wall Street seems to be happy with the change.

“The stock is at all time highs,” said Saravia.

Tiffany’s organizational effectiveness team developed the model in-house in a process that took more than six months. The competencies apply worldwide, though some parts are tweaked and emphasis varies somewhat by job, Saravia said.

MasterCard also has been changing, shifting its focus from finance to tech. That’s meant hiring a lot more millennials, said Olga Martinez, group head of human resources for Latin America and the Caribbean for MasterCard Worldwide. How has Tiffany been dealing with more millennials? 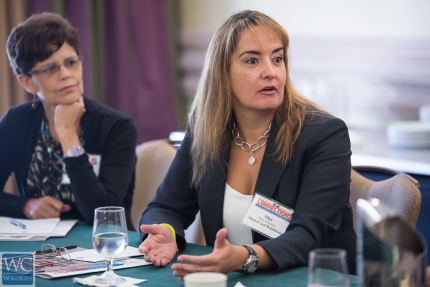 Olga Martinez, group head of human resources for Latin America and the Caribbean for MasterCard Worldwide.

“I thought it would be harder at the store level” with millennials, said Saravia. But in Mexico, where most of the company’s 11 stores now are run by millennials, the younger managers have embraced the chance to run their store like their own business – with their own merchandise, team and financials: “And we’ve made it fun, as much as we can.”

In all, Tiffany’s Latin American operation now spans 16 retail stores in Mexico and Brazil, employing about 130 people. The company also has a wholesale operation that supplies 27 franchise-like “doors” in the Caribbean, Costa Rica, Panama, Colombia, Argentina and Ecuador. Its sales in the region run about $70 million per year, making Latin America the smallest of Tiffany’s six regions globally, she said.

Can you speak to your strategy for on-boarding outsiders into the organization?, asked Howard McCarley, director of Club Med’s talent university for North America.

Bringing in new managers had been a high-touch affair in New York, including lunches and lots of one-on-one meetings. That was not efficient, Saravia said.

Next, it became mainly computer-centered, with lots of videos and many forms to fill out online. That proved efficient but rather impersonal, especially for a luxury company that takes pride in relationship-building.

“Thanks for your insight,” said McCarley warmly. “You just steered me away from a portal solution.”

HR Connections is one of six event series organized by media company WorldCity to bring together executives in the greater Miami area on international business topics. The HR series is sponsored by the University of Miami School of Business Administration, retained executive search firm Diversified Search and employment law firm Littler Mendelson.

The next breakfast session of HR Connection is set for Sept. 19.

WorldCity also is organizing its second annual HR Americas conference for Nov. 7. That day-long event and opening reception the evening of Nov. 6 will feature invited HR leaders from across the Americas. For more information on HR Americas, visit www.worldcityweb.com/hramericas.

(CORRECTION: An earlier version of this article misstated who developed the competency model. It was developed in-house, by Tiffany’s organizational effectiveness team.)